Part of a special issue devoted to citizen's income, this specific essay consists of a case study on the United Kingdom. The Author begins by addressing the complex terminology associated with this topic and attempts to provide a clear definition of concepts such as basic income, universal income, citizen's income and so forth with reference to the most important scholarship in the field. Then, using the five phases of development of Britain's welfare system established by Cambridge University scholar Peter Sloman, the Author provides a historical account of the different measures adopted over the years. He thereby discusses, among others, the poor laws, the Beveridge Report, the Tax Credit Scheme and the politics of social policy in the 1970s, the transition from welfare to workfare in the 1990s and the introduction of Universal Credit by the Cameron Government in 2010. The essay ends with an analysis of the literature and reports that have dealt with Universal Credit both favourably and critically. 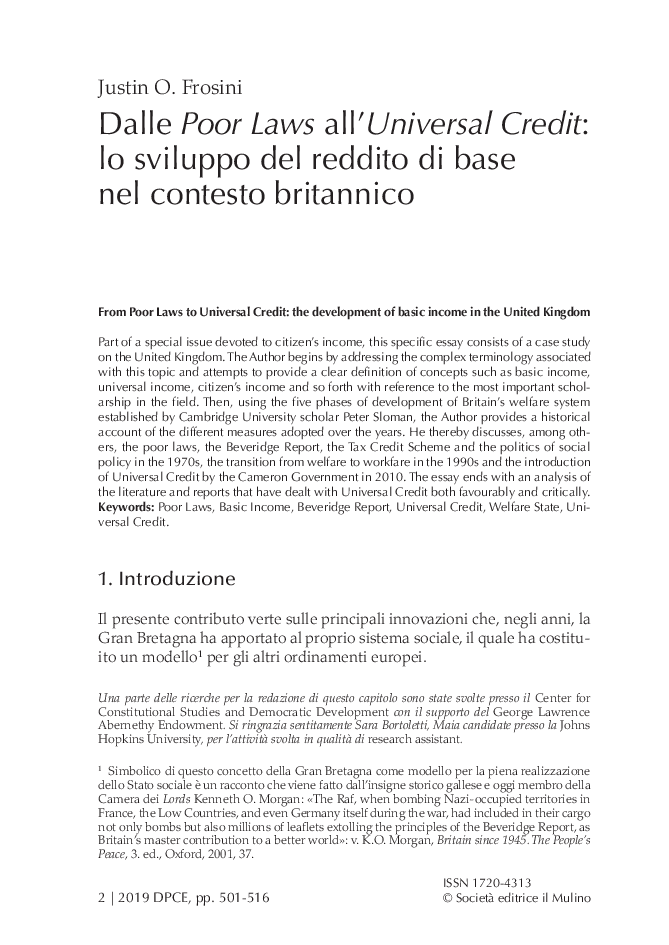