In an interview with Osvaldo Ferrari, Borges argues that «everything happens with an aesthetic reason», inviting us to elaborate a «new theology based on aesthetics». It is a surprising statement because it implies that the aesthetic ordering of entities, that is, the composition of worldly forms, has a theological foundation. This contribution aims at grounding the theoretical consequences of this approach, comparing them with the conception, elaborated by Wittgenstein in his Tractatus, of the relationship between states of affairs (Sachverhalte) and images (Bilder) of the world. It will thus be shown that if on the one hand there is a structural convergence in the two theoretical models proposed, they are distinguished by their conception of value. If, according to Borges, to every configuration of the world corresponds a specific «aesthetic value», Wittgenstein instead believes that «the sense of the world must be outside of it [...] there is no value in it». The comparison between these two positions will be investigated by introducing an analytical examination of the problem of ineffability, on which Borges’ direct references to the work of the Viennese thinker are concentrated. As a prominent example of this problematic, the literary topos of the rose will be discussed, studying its philosophical meaning in Borges’ work. 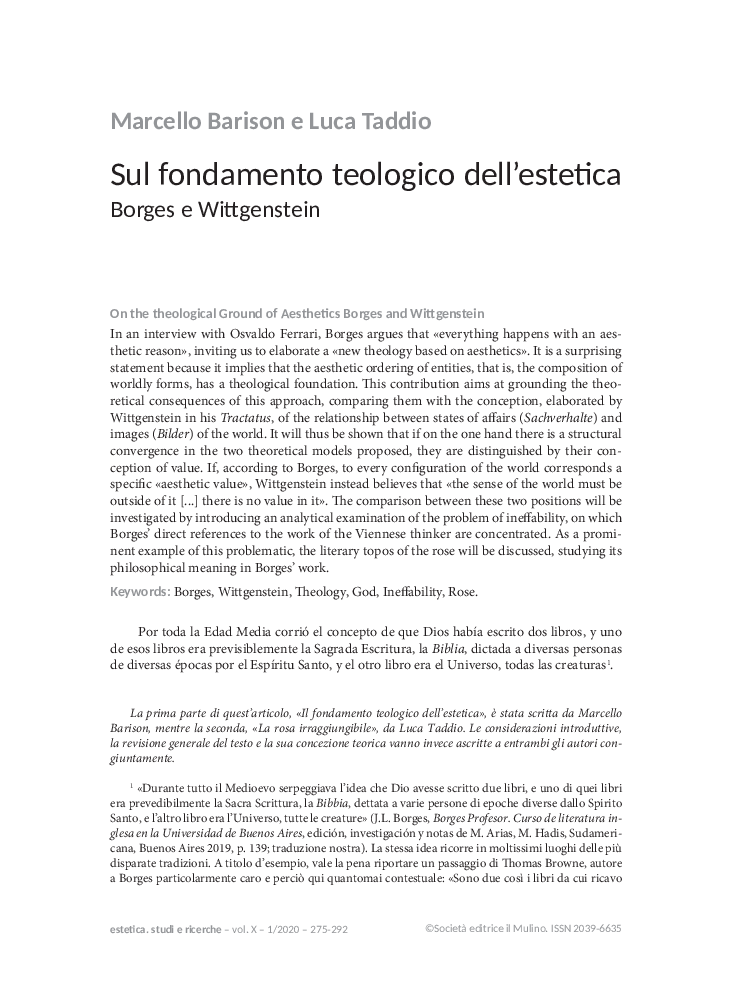