We examine the figure of catachresis from a cognitive linguistic perspective and contrast its traditional conception with the cognitive linguistic one. We suggest that catachresis involves cases where a concept is redefined (or reconceptualized) by either metaphoric or metonymic means. It follows from our proposal that catachresis has no independent cognitive status but is a special case of either metaphor or metonymy. Catachresis-as-metaphor and catachresis-as-metonymy do, however, have certain characteristic cognitive and socio-pragmatic functions, such as the creation of novel meanings, meaning reversal, and verbal manipulation. We demonstrate that these functions of catachresis occur commonly in poetic, prophetic, and political discourse. 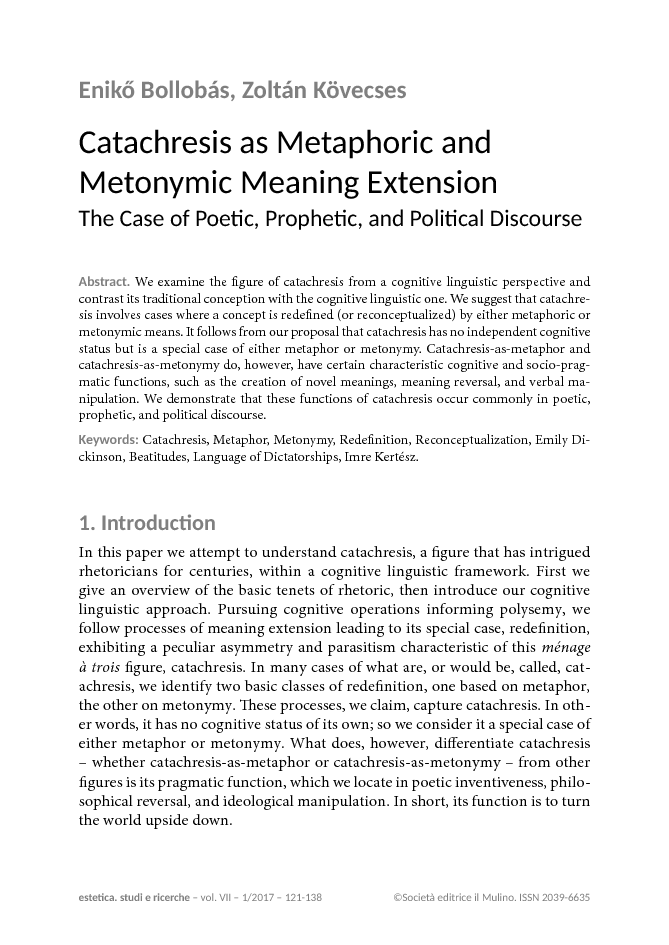