The well-known «gene-editing» metaphor assumed center stage again in the recent debate on CRISPR gene-editing technology, heralded in 2015 as the «Scientific Breakthrough of the Year». CRISPR's precision, simplicity and low-cost promise to overturn the common idea of genetic therapy as expensive and elitist. The debate is heated and blooms with a profusion of bioethical issues on rights, health costs and on the risk of spreading «eugenic» gene-editing practices. Metaphors play a key role here, both in popularization and as conceptual tools. However, this may bias communication and understanding, bringing about a dialectic between the risk and the responsibility involved in the use of metaphor in science. The article shows how conceptual metaphors such as the «body-machine» and «genes as atoms of life», cornerstones of Western medicine, frame the theoretical background of the CRISPR debate, contributing to foster a more responsible use of metaphor in the public domain. 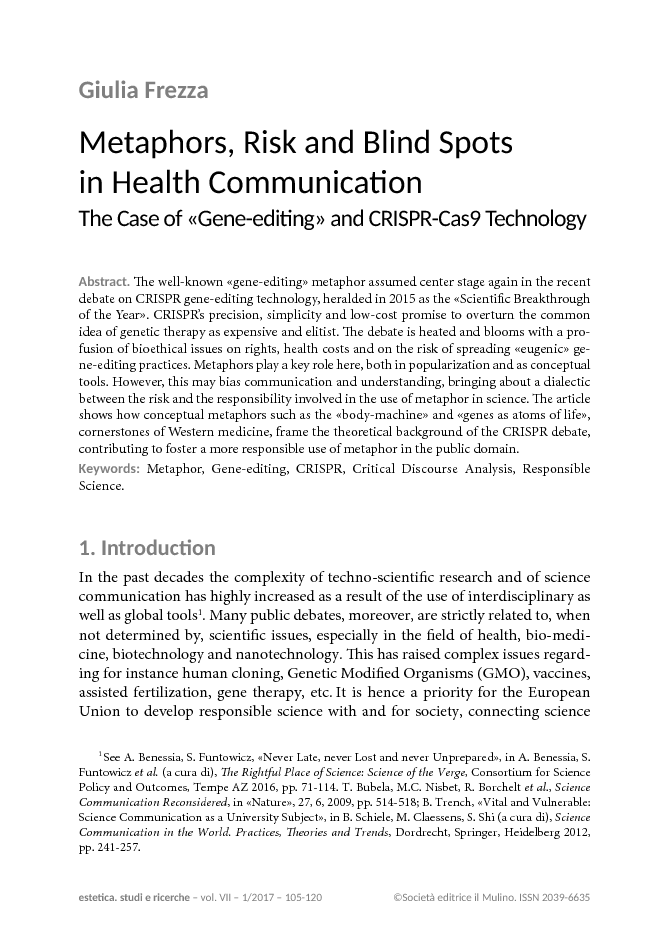