After the groundbreaking work of George Lakoff and Mark Johnson "Metaphors We Live by", nobody can claim that metaphors are just a literary device, something that writers and poets use to adorn their texts. Nowadays, scholars interested in studying metaphors generally agree on the cognitive power of metaphor. Nevertheless, this is not the culmination of a journey (started at least in the IV century b.c. with Aristotle's Poetics), but a new step from which new issues emerge: which cognitive devices make metaphors effective in comprehending reality? Why are they so good at communicating it? Does metaphor live only in verbal communication? If not, how can it be found in non-linguistic thought and communication? Is it because metaphor is special that we do not find it before the appearance of language in human communication? In this paper, some of these issues will be examined from an evolutionary perspective, not with the ambition to find answers, but to broaden the horizons of research about them and to create stronger relationships between metaphors' theories and the hypothesis at the basis of the origin of language. 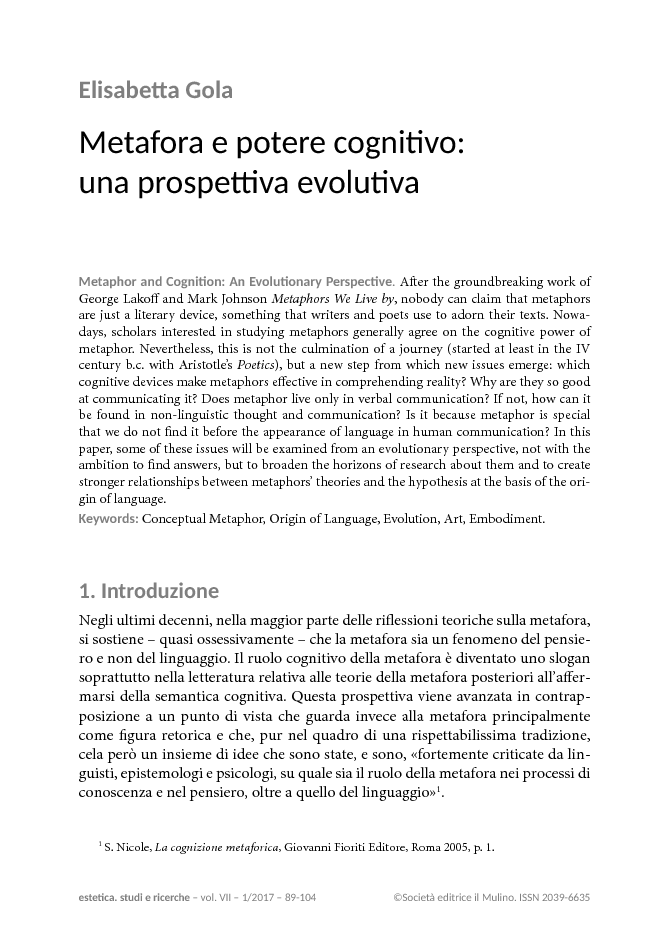