Among the film adaptations of Shakespeare’s works, Derek Jarman’s The Tempest (1979) and Peter Greenaway’s Prospero’s Books (1991) appear today the most particularly movies from aesthetic-theoretical and expressive-formal perspectives. The vitality and the complexity of Shakespearian play The Tempest is able to renewing languages and meanings, and its audacious aesthetic is present also in film language, that includes video-artistic experiments. The particular narrative construction of Shakespeare’s text, including the strong metatextual dimension that characterizes it, offers the opportunity to rethink the role and the function of narration and its relationship with the imaginary of different historical periods. These two movies, united by the refusal of a linear correspondence between film expression and dramaturgical language, are dated 1979 and 1991, two particular phases of contemporary western culture: the origin of the hedonistic and hyper-spectacularized imaginary of the 80s, the end of that season and a necessary re-understanding of the video-electronic expressive imaginary 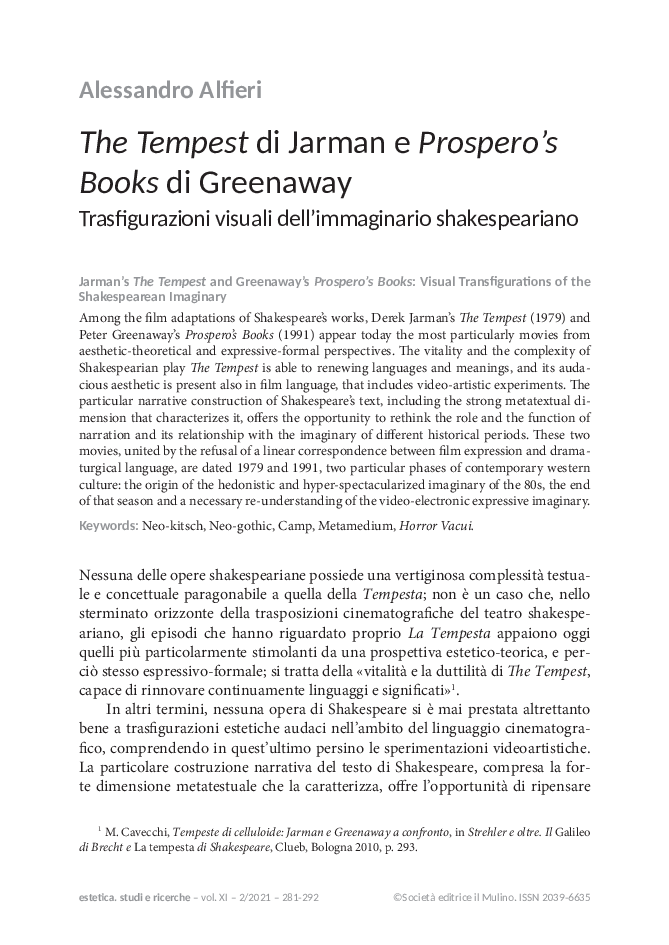