In The Tempest theatrical illusion and reality are identified and this identity means also that theater is always surpassed by life. This drama is a challenge: it transforms our visions, because it is a transformed vision of theater, an «other» approach by Shakespeare. It has a «fantastic» writing: the ghosts unfold according to their own dynamics, and this is because Shakespeare does not intend to theatricalize things, but to reveal the theater that inhabits them, the immanent theater of life. In this sense, The Tempest is defined as a testament and the last piece: the theater piece, and more than Hamlet and its «theater within theater», it is the «theater of theater». Thus, The Tempest is probably the extreme limit of the theater and, as Agostino Lombardo claims, it is the great epiphany of the theater itself 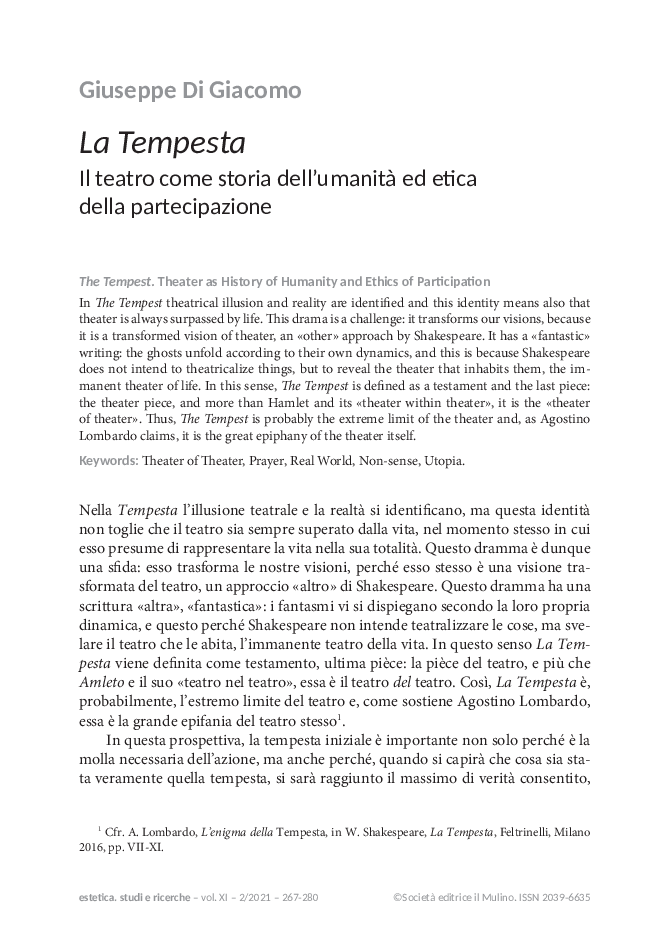