This article is dedicated to analyse historical interpretations of the Italian colonial memory in the postwar period. Since the Eighties, different disciplines in the field of Social Sciences and Humanities and several scholars with various theoretical approaches proposed interpretations about the legacy and memory of the Italian colonialism in post-Fascist Republican Italy. The most part of scholars, both in Italy and abroad, used the word «rimozione» (repressed memory) in order to describe the process through which Italian people forgot the colonial past in Africa. My attention will be dedicated to analyse the multiplicity of meanings attributed to «rimozione » and how this word has been used to describe such a different memory processes happened in the public and private sphere, to individuals and groups. Under the pressure of several groups interested to forbid a reasonable and fair research about the Italian violence during the colonial period and deny a properly study of cultural legacies in the Italian post-Fascist society, many scholars started to use the word «rimozione» in order to denounce the lack of attention from intellectuals, journalists, historians. According to my thesis, the overlapping of interpretations about «rimozione» created an archive. This archive could impede or obstruct the historical investigation about the memory processes between colonial past and postcolonial condition. 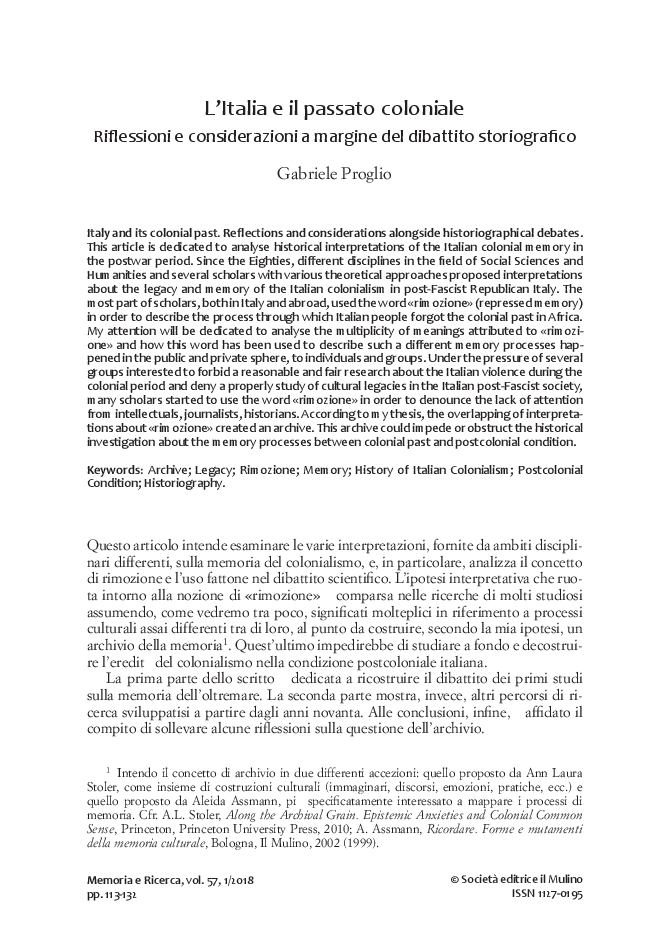