The article attempts to evoke interpretations of the iconoclastic gesture of Mary Richardson, who on 10 March 1914 managed to severely damage one of the most famous and best-kept paintings in the National Gallery of London: "Venus at her Mirror" of Velázquez, also called Rokeby Venus. A militant suffragette, Miss Richardson, provided herself with two different explanations for her gesture. Since then, there have been various interpretations of social history, gender history, anthropology, or, more rarely, history of art. The position of this last discipline deserves special attention insofar as, after the iconoclastic scandal has been partially covered by a controversy over a restoration (and not reparation) of the painting, the conservation of the museum is now trying to make us forget the event - to the point it is not even evoked in the notice that the catalog of the exhibition Velázquez (2015) devotes to the painting. 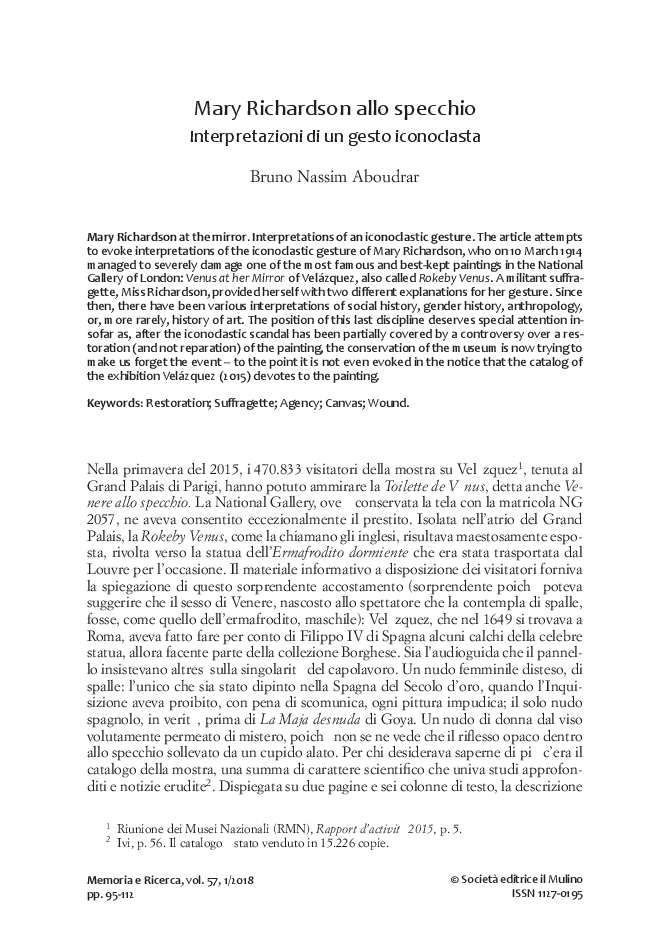