The "Venus of Cyrene", a Roman copy of a Greek original marble, was found by Italian soldiers in Cyrenaica in 1913. In 1915 the statue was shipped to Italy and put on display in the Museo nazionale romano, where it remained until its return to Libya (2008). This essay investigated the symbolic and cultural reasons of the acquisition first, and of the restitution then, of the sculpture, exploring its discursive and visual use and the long-lasting meanings the statue was loaded with. After having analysing the role of the Venus in the definition of a specific national and imperial (self) representation in Liberal and Fascist Italy, the essay focuses on the question of its restitution, upheld in 2008 by two court-decisions. Protests and debates caused by its return to Libya highlighted the Italian difficulties to face its own past and the persistence of a "colonial archive" over the time. 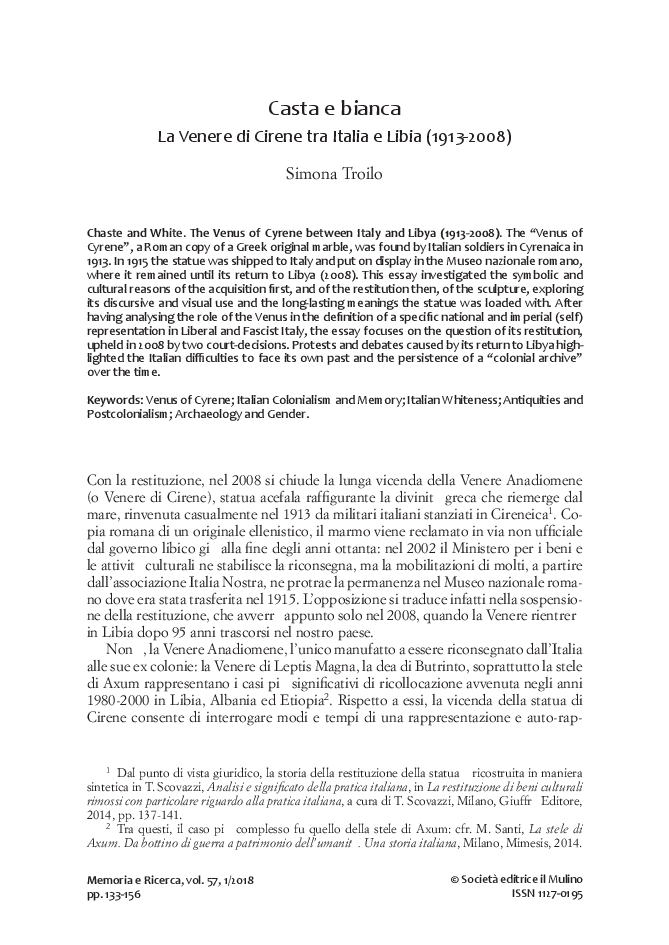