The purpose of the present article is to analyse the linguistic development and the manner of comunication exchange between children of school age, premature and/or hospitalized at birth, and their parents. A comparison is made between two distinct groups of subjects: an experimental specimen composed of 30 parents-children dyads and a control specimen composed of 29. The linguistic development is valued by using the sub scale of vocabulary Terman Merril in order to know the lexical widness. The linguistic troubles are subdivided following the classification of G. Levi (1977). The comunication manner is analysed by using the transcript of the record, previously, video recorded, between parents and children during interactive games with Sceno test material. Each record is subdivided into turns, conversational turns, beginning of the conversations and average length of the conversations. Aspects of the non verbal comunication are valued by using a network of time observation on the video-recorded material. The quality of the narration is decoded on the basic of a valuation network in which, according to the space-time ratio, the narration is classified in story, scene and non structured tale. All the data are processed through the log-linear multiple analysis model. The results emerging from the reoding of the various instruments which hove been used are in agreement about the fact that children of school age, premature and/or hospitalized at birth, have more language and communication problems. 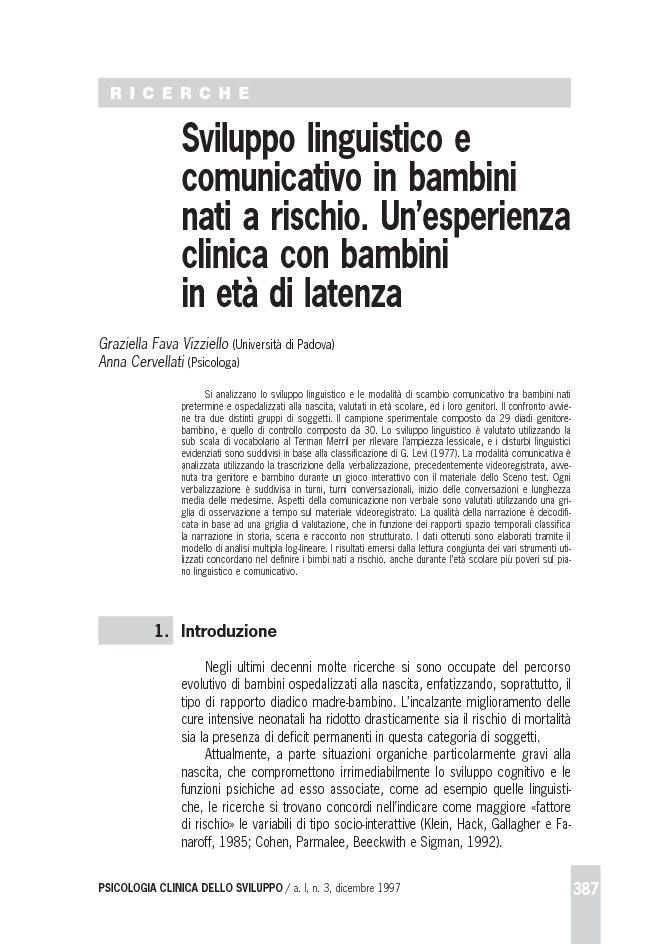