The article examines the impact of the most recent German labour law and labour market reforms on employment dynamics, pointing out, first of all, that these reforms have been adopted both by the federal legislator and by the social partners, i.e. outside and inside the industrial relations' system. While the legislative reforms concentrated on introducing and regulating atypical work forms, on employment services, and on social security cushions, the reforms adopted by the social partners have made the standard employment relationship more flexible. According to many scholars these measures, especially the ones agreed within the industrial relations' system, have been fundamental to maintain employment and the competitiveness of German firms. The analysis confirms the overall positive effects of these reforms, but it shows that at the same time precariousness has grown also in Germany and that, as a consequence, the quality of jobs has significantly worsen. Finally, it is suggested to think about the possible outcomes of similar reforms in Italy, especially in relation to the need of making the standard employment relationship more flexible, which is a crucial issue not only in order to preserve employment, but also to generally take on the challenges of postfordism and economic globalisation. 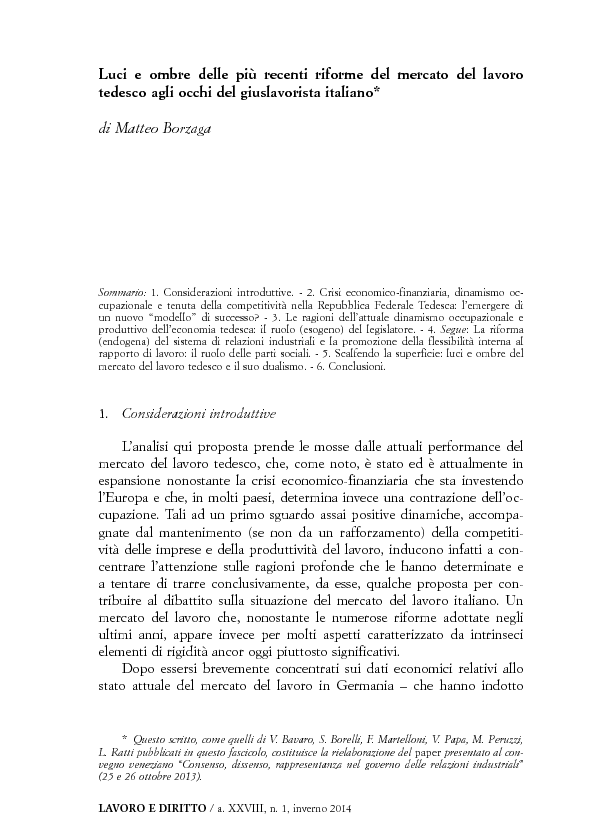