The author focuses the union representativeness after the significant sentence no. 231/2013, in which the Constitutional Court has, in fact, extended the possibility of establishing trade unions in the workplace (art. 19 St. lav.) even to those unions which, while not signatories of the collective agreements applied in the work unit, have participate in the negotiations relating to the same contracts, as representatives of the workers of the enterprise. For the author, if - as the Court considers - the right of citizenship in the enterprise is connected to the quality of subject significantly representative at the plant level, based on the "ratio" that the union has with the workers (and not with the employer), then it is appropriate to value, as an index of effective representation, not only the union's relationship with the employer (rule of mutual recognition), but also the direct action of the union and its presence in the conflict. In this perspective, the author believes that - waiting for a law on representation, more necessary than ever - also the union which calls a strike for contractual purposes with significant adhesion of the workers in the enterprise, is entitled to the benefits of the promotional legislation (Title III, St. lav.). 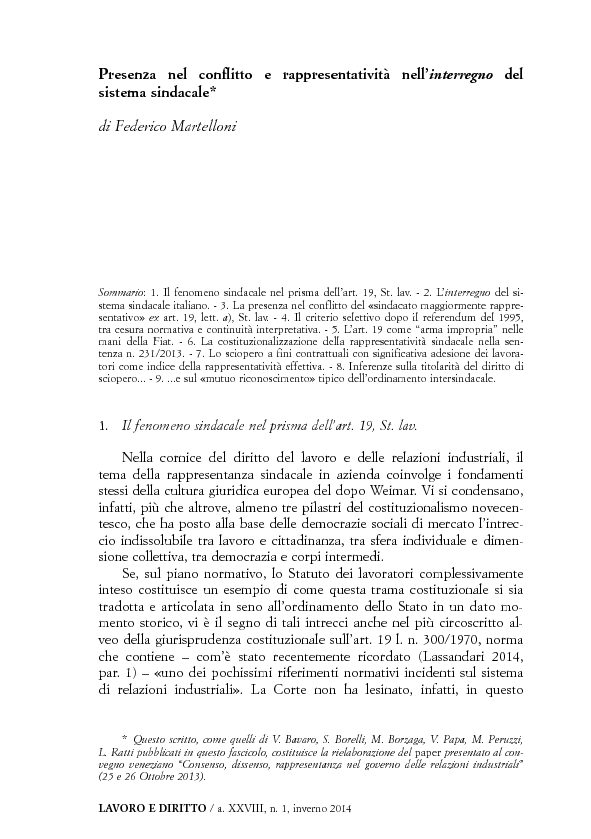