The article contextualizes the United States (US) counter-terrorism policies from 2001 to the present in light of the peculiar US constitutional system of separation and balance of powers. It argues that the unprecedented claim of power made by the Bush Administration, unchecked by Congress, produced a reaction by the Supreme Court, exemplified by its increasingly confident decisions in the Guantánamo cases (Hamdi, Rasul, Hamdan and Boumediene). It then claims that the election of President Obama, and the consequential abandonment of the theory of the unitary executive, represents a turning point in the antiterrorism policies of the executive branch and explains in this light the shift by the Supreme Court toward a position of judicial deference (as emerging notably in the recent Holder ruling). Finally the article offers a synthesis of the above-mentioned developments, emphasizing how the institutional dynamics that have taken place among the three branches of government - the President, Congress and the Supreme Court - have been largely shaped by the principle of checks and balances imbuing the 1787 US Constitution. 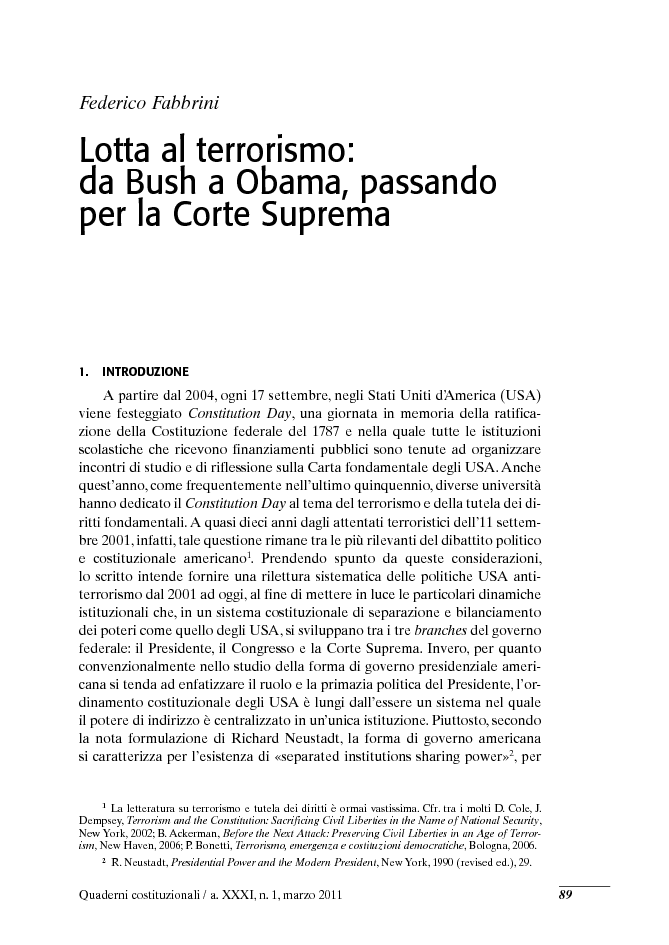