The author examines a question crucial for forming an opinion on the "Treaty for the Establishment of a Constitution for Europe" devised by the European Convention: whether there is a relation and, if so, what is its nature, between the recognition of the fundamental rights of European citizens, and, more generally, the setting down in writing of the values and objectives of the Union, and the contextual institutional re-arrangement? Hinging on the answer is whether or not it is possible to ascribe a substantially constitutional nature to the treaty in question. If it is affirmed that a relation does indeed exist in the terms mentioned, it then becomes possible to at least assimilate their content (not the structure, which has to do with the provision for revision of the treaty itself by majority, rather than unanimous decision) to the content of the constitutions of the Member States, which are connoted above all by the close connection between principles of cohabitation and form of government, and, more precisely, by the instrumentality of the provisions in the matter of the organisation of the guarantee and development of the principles of cohabitation. If instead this is denied, it will become necessary to enumerate the Convention's project among the outcomes of a phase in the integration process that is still intergovernmental in nature, and the same innovations pertaining to organisation will appear as an expression of a self-referential debate, inasmuch as being concentrated on the mechanisms of power within existing Union apparatus. The author verifies whether, and if so, in what respects the connection is in fact to be found, without dwelling on the manner used to incorporate the Charter of Nice in the Treaty or the jurisprudential repercussions of such incorporation, which raise issues other than the one stated. This analysis begins with the arrangements contained in the project regarding values, objectives and fundamental rights, and examines the basic problems in connection with the institutional re-arrangement and the solutions excogitated by the Convention for finally facing the matter of the congruence of the solutions in terms of the inspiration and purposes of the project, and the uncertainties of the Intergovernmental Conference. 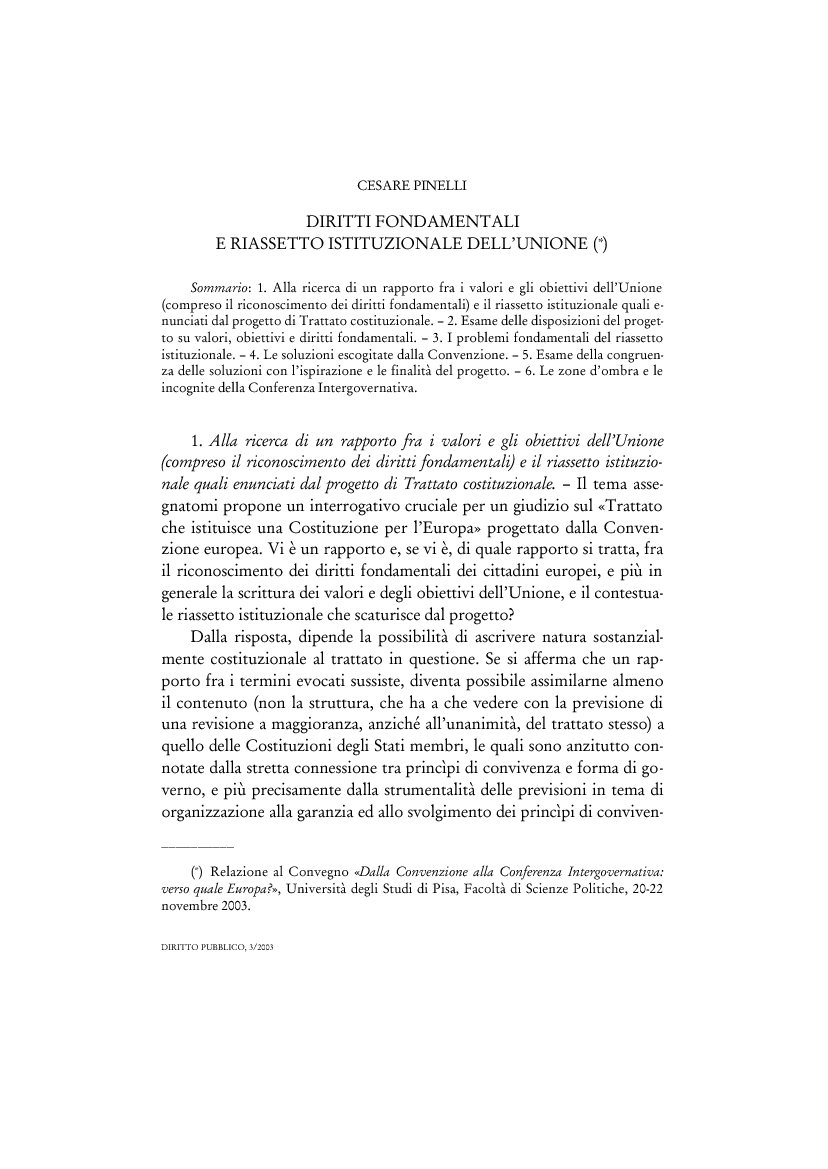