The work revolves around the two terms contained in the title, namely the words "jurist" and "scientist", and the connection that it is hypothesised may exist between the two. Through an analysis of juridical reflection and that of the jurist, and of the analogy and difference between the modalities that organise legally-disciplined behaviour and used in considering the modalities that organise objective events, and through the identification of different moments - philological, logical, argumentative and interpretative - the author observes how the jurist, just because he describes the law in force, co-operates in the construction of the law in force. The determination of the different levels of juridical discourse makes it possible for the author to answer the question initially posed, by stating that if, in accordance with current usage, including by most scientists, the word "scientist" is reserved to those who reflect on the objective natural world and discover or construct laws and theories, and who avail themselves of the formalisms and the certainties of mathematics and who put their theories to the acid test of experimentation to confirm or deny their validity - if is to such people, in brief, that the name "scientist" is reserved, then the jurist is not a scientist. But neither is the historian, or the sociologist, or the political scientist and, in general, humanist scholars. If it is instead accepted that scholars of human behaviour also deserve to be called scientists, then the jurist is a scientist (whether good or bad, better or worse is a different matter): the jurist's particular science is a knowledge - ideally the broadest and deepest possible - of the world of the rules of the rules imposed by men on other men, and of everyday experience as a result of such rules. This subject is so specific because it possesses specific characteristics, which in turn imbue the jurist's reflective activity with peculiar features, some of them also common to other disciplines (for example, the application of logical canons), while others instead seem peculiar to juridical research (for example, the inter-mingling of description, evaluation and prescription regarding its every reconstruction of the law in force). And yet the jurist nonetheless dons the garb of a most particular scientist because juridical science is not cumulative, nor are its points established once and for all; instead, the debate is forever ongoing and increasingly more extensive; it is highly probable that old problems crop up again and again over the centuries, and recur in present-day problems; it is certain that it is possible, useful, even entertaining and un-doubtedly stimulating to measure oneself with old issues and former writings (as for that, the enduring vitality of the study of Roman law is too well-known to need mention), just as it is possible to compare methodologies and writings of authors down through the centuries and to find differences, similarities, an identity of problems, solutions and arguments; but the jurist who is not specialised in the history of law must always begin by recognising the law in force at the time when he writes, and therefore by recognising society as it has been structured and as it is at the time. This close tie to the events of the day is its characteristic feature - and its destiny as well. 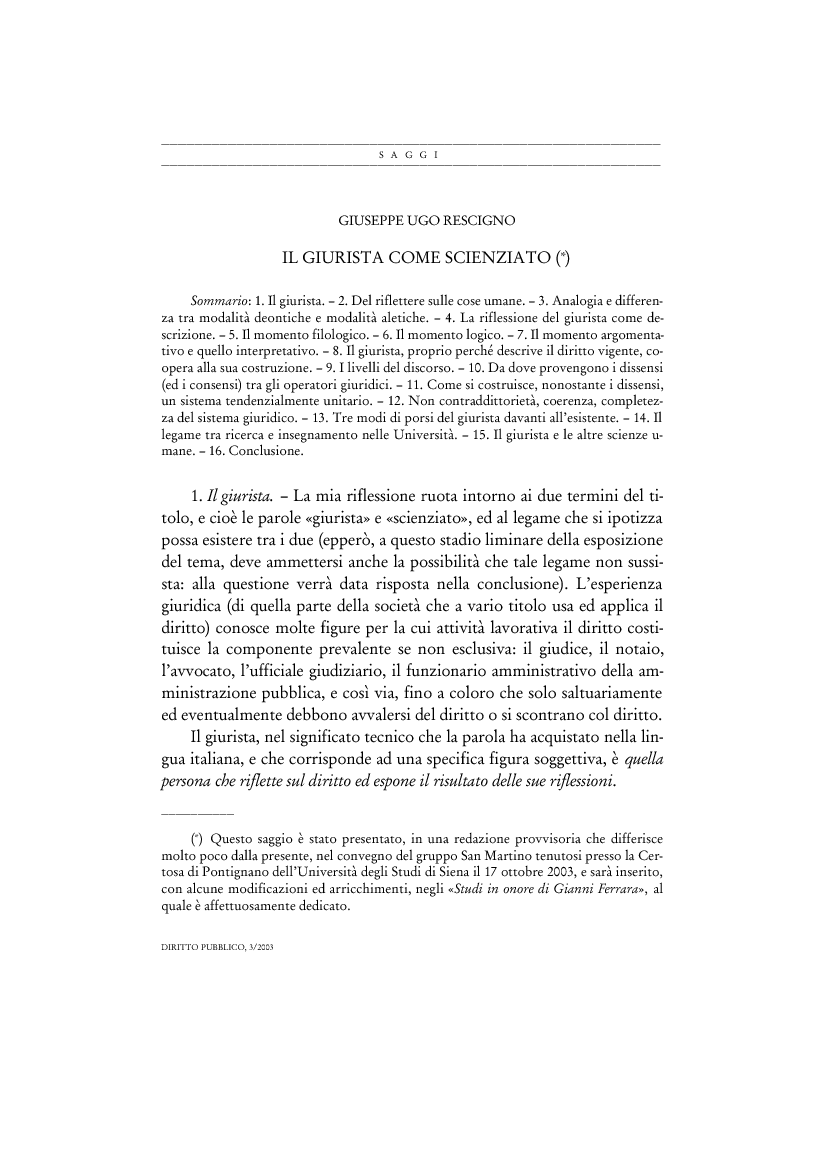