The creativity of legal interpretation is a crucial issue of the contemporary theoretical debate, along with the related one of the hermeneutical control. On this last problem, legal theorists have often highlighted the historical connection between the interpretive process and its frame of reference. The paper aims to bring out a common instance, particularly that of the historicity of interpretation, through the conceptions offered by two authors coming from different historical and cultural points of view. Indeed, moving from the analysis of Tullio Ascarelli's works about the role of the "criterion of continuity" as a bond and a cue for the interpreter, the paper highlights that similar considerations can be found in the more complex and articulated theory of the American philosopher, Ronald Dworkin, specifically in his "pars costruens" on the constructive model of interpretation. The paper maintains that a comparison/completion between these works underlining the universality of certain instances, serve to stimulate the debate on the issue of interpretive creation. 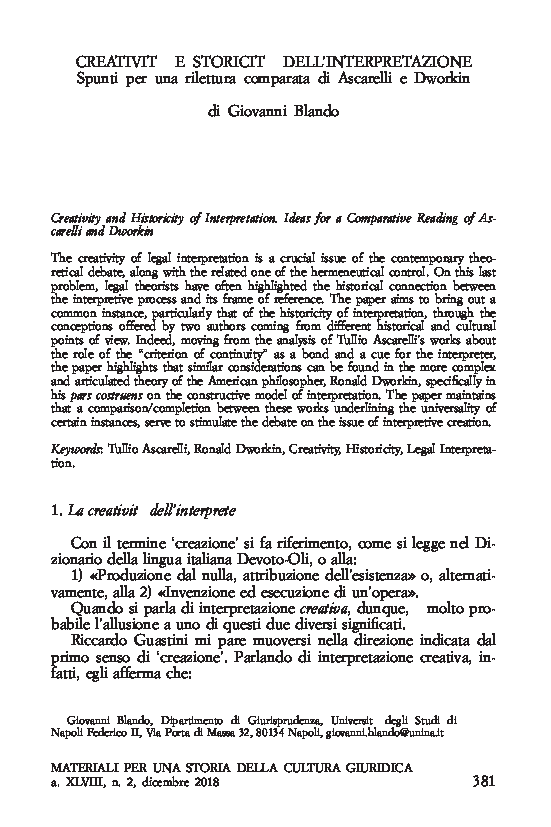