In the works dedicated to the promotion of the Pure Theory of Law, but also in specific essays, particularly starting from the 1940's, Hans Kelsen elaborates some ontological, ethical and metaethical reflections, which can be considered, in their whole, as the expression of a relativistic theory of justice and morality. The aim of the present article is to expose systematically this side of Kelsen's philosophical speculation. The first section of the paper analyses the normative and relativistic theory of value that Kelsen proposes as an alternative to immanentistic and realistic conceptions of values. The second section illustrates the specific aspects of Kelsen's noncognitivistic metaethics. Lastly, the third section of the present article concerns Kelsen's answer to the question "What is justice?" 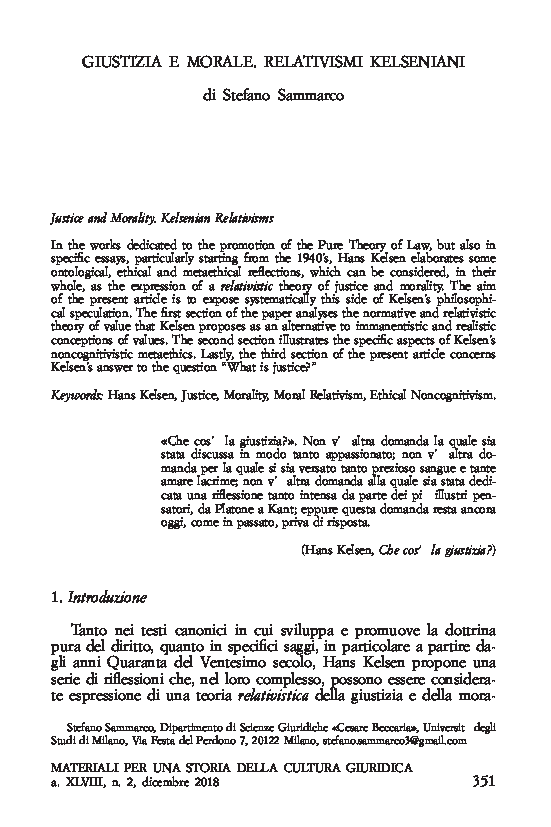