Born in 1900 in Belarus, formerly known as the Bloodlands of Europe, the Polish lawyer Raphael Lemkin was his whole life obsessed with a crime without a name: the mass murder of groups, simply due to their identity. Early aware of the massacre of Armenians by Turks, he described "the Crime of Barbarity" in his paper presented to the League of Nations legal committee (Madrid, 1933); during the Second World War, he wrote "Axis Rule in Occupied Europe" (1944), which was one of the first major analysis of Nazi totalitarian regime. In this work, Lemkin coined the neologism "genocide" and identified several stages that lead to mass murder: the demonization of a group, the destruction of its culture, the imposition of the national pattern of the oppressor, and the physical extermination. This article outlines the way Lemkin became the first promoter of the UN Convention on the Prevention and Punishment of the Crime of Genocide (1948) as well as his lifetime efforts to urge nations on passing a specific legislation to support the Convention. 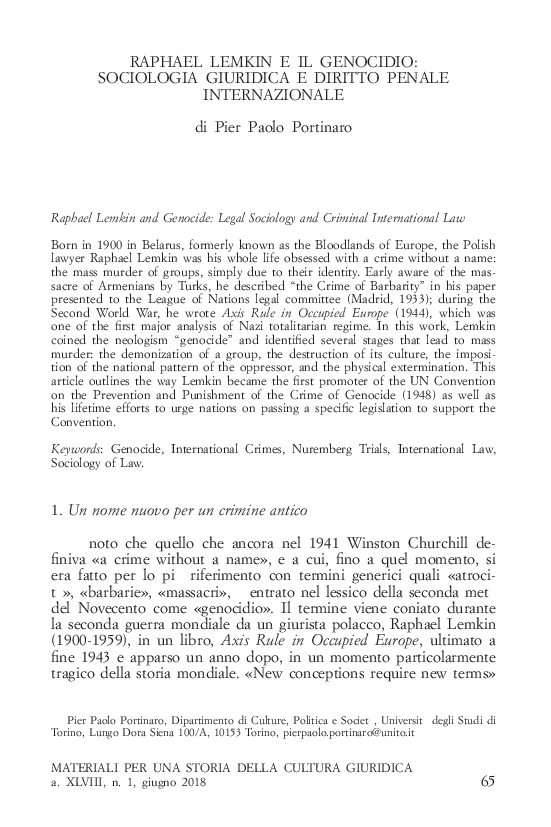