Democracies always have deficits. They always perform below the expectations of their citizens. But is this, the gap between expectations and performance, the best definition of democratic deficit? This paper is an attempt in conceptual clarification. It explores when and where the concept has been utilized. It identifies the different components of the democratic deficit. It attempts to distinguish between a structural deficit, to be found in the institutions of a democratic political system, and a behavioral deficit, to be attributed to the actions and omissions of the authorities. Providing non-systematic examples and selectively probing into some political systems, the paper comes to the conclusion that there are different types of democratic deficit. That most of those deficits by no means indicate the crisis of democracy, either as an ideal or as a practice. That plenty of remedies can be found and applied to solve, though never once and for all, a variety of deficits. That, probably, the concept is not especially useful. 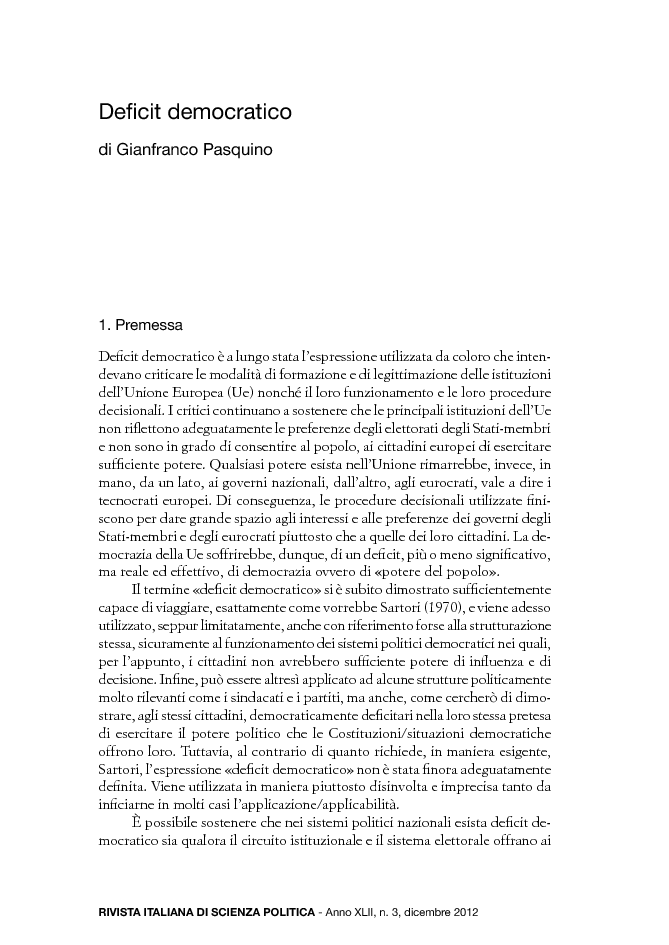