The debate upon the waning of war encompasses nearly all the major cleavages of contemporary International Relations Theory. The goals of this article are threefold. Firstly, we will offer an extensive and articulated review of the literature, one which parts company with the most common reviews relying on such criteria as the level of analysis or the different approaches to the discipline. Secondly, we aim at enriching the contemporary debate, by taking into consideration some past and somehow more radical contributes, dating back to the European Civil War of the XX century. Finally, our last goal is highlighting some silences and distortions which contribute to hinder the debate upon the decline of war, while reflecting, at the same time, characteristic biases which the IR theory has not overcome yet. 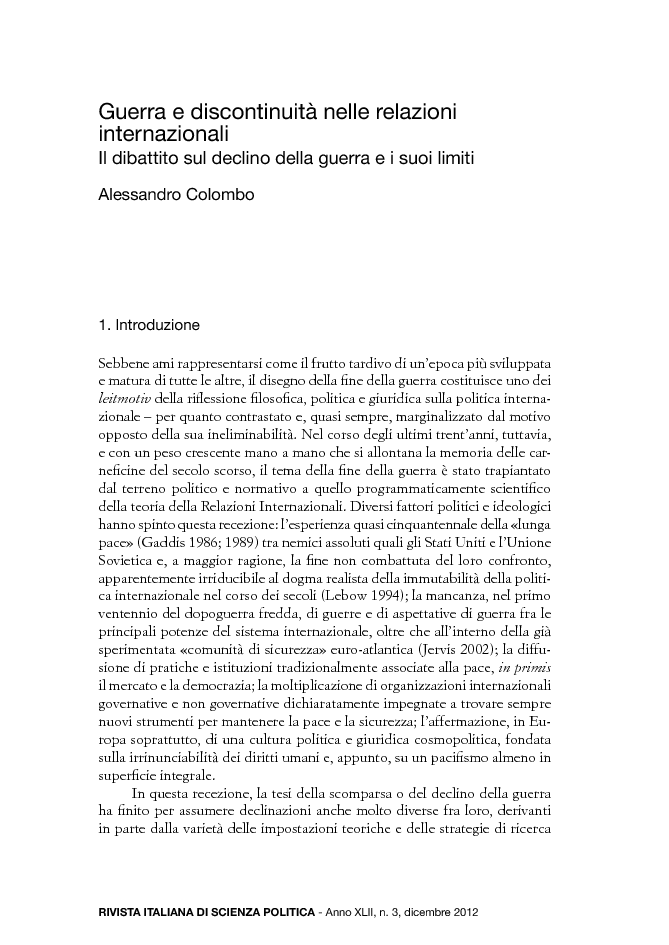