The paper deals with the reestablishment of a political class in Italy after the crisis of mid-nineties. Starting from the discussion of three crucial moments in the process of consolidation of the political elite - namely the entrance to the pool of the national politicians, the circulation in parliament and the ministerial recruitment - the paper argues that a process of adaptation, rather than a dramatic change in the nature of political class, has characterized the last two decades in Italy. Indeed, after four elections and twelve years of alternation in power between the two electoral alliances, a number of questions are still on the table concerning the future of the Italian ruling class. The social and political characters of today's core political leaders are not very different from what used to be the profile of the political class of the so called "first republic". In the mean time, the bipolarized and alternating system of government has brought to a number of significant innovations which are to be tested in the years coming. However, the specificities of the Italian electoral regime and the recent electoral reforms cannot be used to explain the magnitude of change. On the contrary, the electoral reforms may have been used by the same politicians to reach agreement and compromise in order to keep a number of benefits and limit the turnover within the political class. 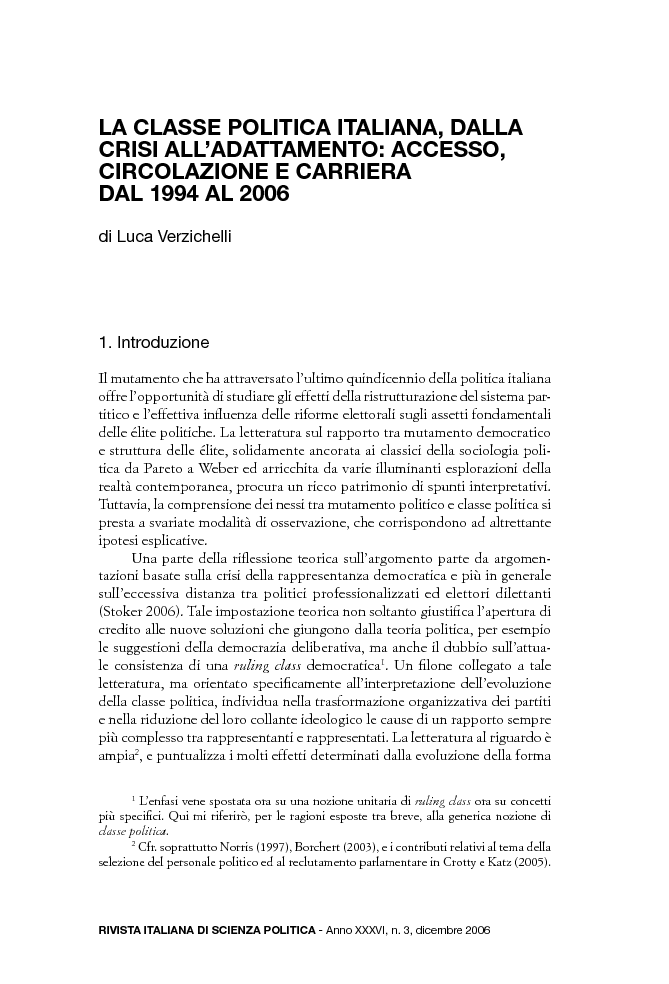