This article analyses government popularity in Italy during the post-1992 period. In earlier times public opinion approval of the government had little political and electoral relevance. With the enactment of a new electoral law and the change of the party system, the ensuing alternation in government of different political coalitions makes meaningful a study of what drives government approval. The analysis is grounded in the "reasoning voter/valence politics" paradigm, according to which government performance can reinforce or discount voters' party preference profiles. Two analyses are carried out, one at the aggregate level and one at the individual level. Regarding the former, a time-series model of monthly government ratings is fitted to both Centre-Left (1996-2001) and Centre-Right (2001-2006) governments, with findings showing that economic (consumers') expectations and international events mainly explain government popularity. Such conclusion is confirmed also from the individual level analysis: voters' approval of the government depends on the perception of economic conditions which, in turns, influences the assessment of government competence. Both outgoing Centre-Left (2001) and Centre-Right (2006) political coalitions were then defeated because of the low standing in the popular approval. Finally, the article discusses the importance of government leadership in contemporary Italian politics. 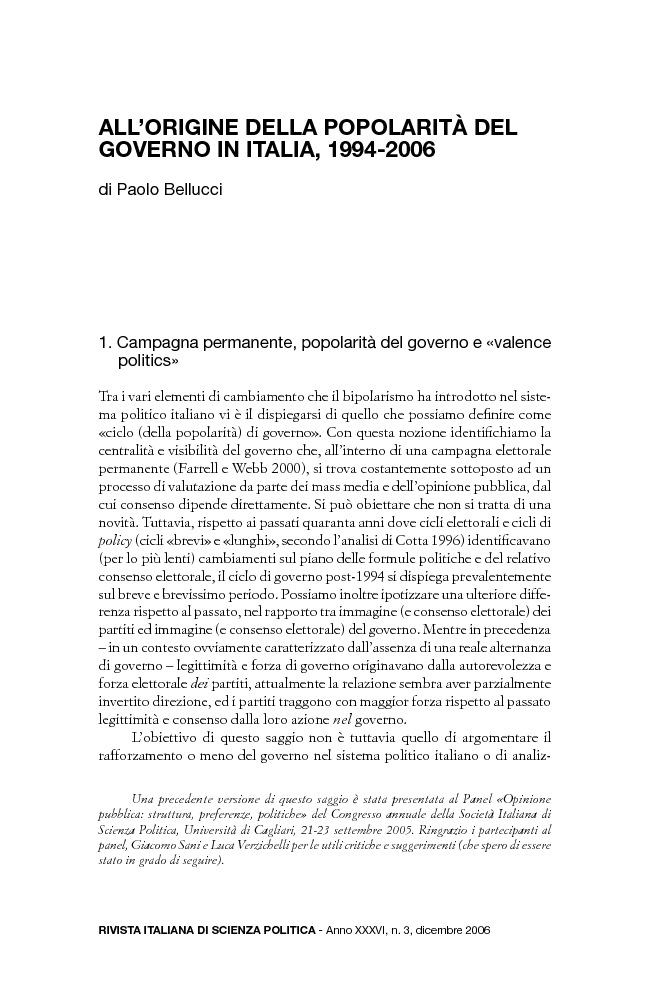