The creation of an efficient Common Market has been, and for many aspects still is, the main goal of European regulation. Until the Single European Act, European regulation was mainly implemented through judicial policies, but during the Nineties the development of regulatory reforms called the EU for moving to a new form of regulation: administrative regulation. Today, in fields of policy like monetary policy, competition policy, telecommunication policy and energy policy, the EU is called to implement European rules in a permanent, focused, sustained and homogeneous way. Transnational networks made of national independent regulatory agencies has been created in order to achieve an efficient and effective regulation. Agency theory gives theoretical support to the creation of transnational regulatory networks. Nevertheless, an empirical analysis of successes and failures proves that institutional design of the network (independence, communication and coordination) is only one out of four factors that can determine efficiency and effectiveness of European administrative regulation. The other factors are: the level of political support of the policy, the quality of European rules, and the structure of the policy field (fragmentation rather than the presence of one dominant powerful actor). Thus, in order to evaluate the probability of success or failure of transnational regulatory networks agency theory must be integrated in substantial ways. 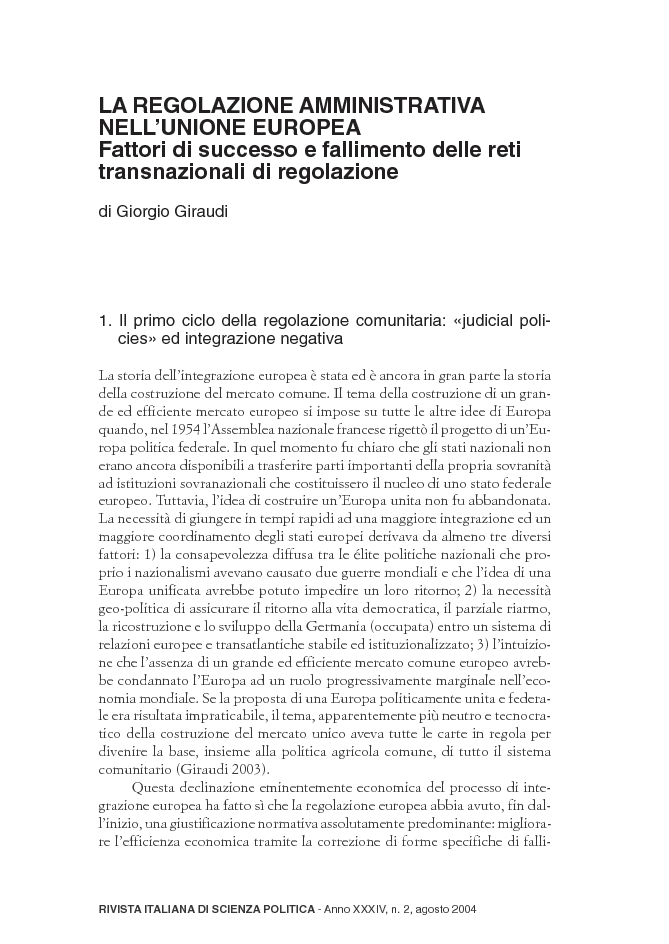