This article explores Juan Linz's contributions to political science from the perspective of his analysis of the dynamics of contemporary political regimes. Building upon a profound knowledge of the case of Spain, Linz has first offered the most important definition and analysis of an authoritarian regime. Then, he has moved to articulate one of the most significant comparative interpretations of the breakdown of democratic regimes stressing that most often the opponents of democracy come from within its own ranks. The next step has been the analysis of the different transition paths from authoritarian rule, the identification of the conditions leading to the birth of new democracies and the suggestion of the steps to be made in order to consolidate a viable democratic regime. Always keeping in mind the Spanish case, Linz has in fact become a true historical comparativist and has illuminated some of the most important problems faced by contemporary political systems. This article ends by spelling out five principles that have guided Linz intellectual enterprise, that remain at the heart of his explanations and that can be fruitfully applied by other scholars. The rich, dense, abundantly footnoted, thoroughly researched essays by Juan Linz are a constant source of inspiration, hypotheses to be followed, ideas, knowledge. 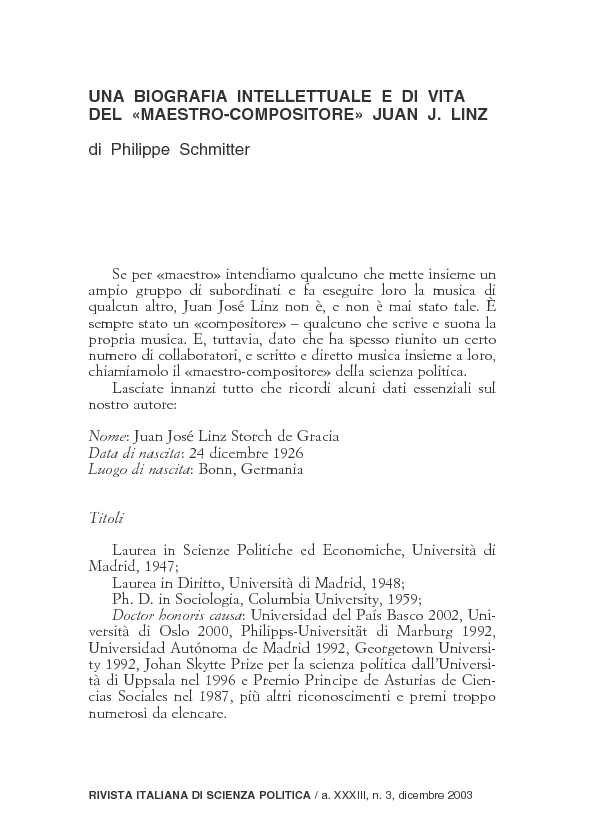