Sidney Verba claims he largely owes his long and distinguished career in political science to a series of accidental events in his young days. Verba did not set out to follow a carefully planned career path. One project led to another: this is how he describes his involvement as a key player in the behavioral revolution in the fields of both comparative and American politics. However, upon close inspection, several common threads emerge that have guided Verba throughout his professional life: concerns about equality, citizenship, the nature of the relationship of individuals to the state, democracy, and how it leads to people's attitudes. The normative concern is evident and deeply felt, although this does not prevent Verba from objectively weighing the evidence. His works are significant not only for the substantive importance of the questions addressed but also for the methodological innovations. What truly sets Verba apart from his generation of equally accomplished scholars may be that at age 70 he continues to be actively engaged in research based on data and to produce books and journal articles with substantive research findings. After receiving numerous awards for his lifetime contributions to the discipline, Verba remains an active, committed political scientist. 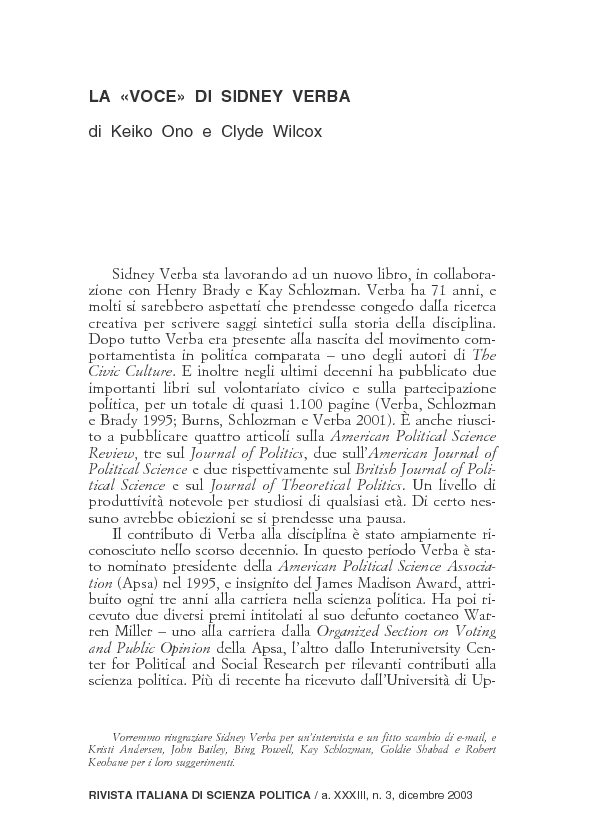