In the studies about politics and, in particular, about democracy, rational choice theory had a relevant role since the second postwar period. However, in the following decades, after the cognitive revolution in psychology, a second approach was added to it, the cognitive and experimental one. Cognitive and experimental studies questioned the idea of the citizen as a completely rational subject, highlighting the role of emotions, impulses and «bounded rationality» in decision making. Following this approach, the role played by rationality in citizens' voting and political choices was reshaped. This process of partial and gradual estrangement from the rationalist model is called process of «derationalisation of the political actor». This opens to some questions: what role can the rational choice theory maintain? In what ways can findings form cognitive and experimental studies contribute to the evolution of social and political sciences? 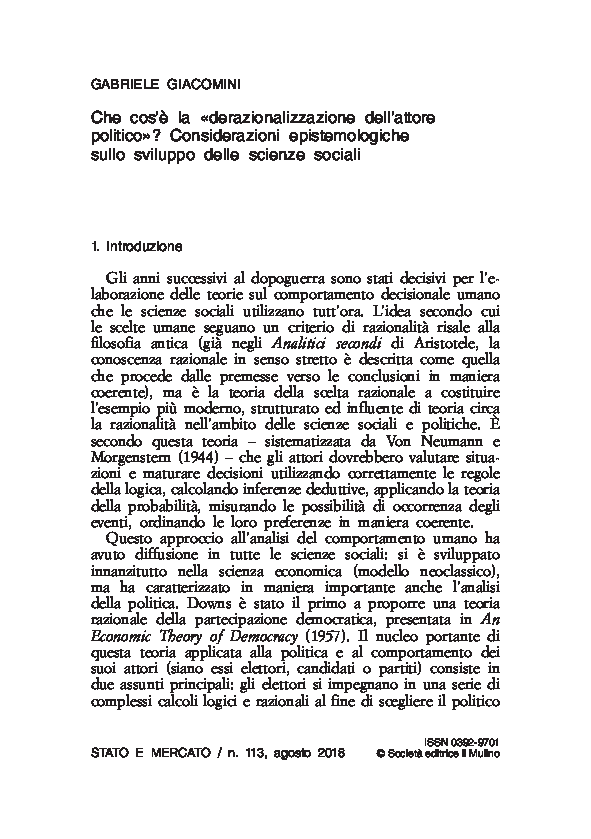