The paper contributes to the political economy of cities and territories investigating a fraction of the urban élite in the Municipality of Milan. It investigates the profile and the relational structure of the network of the local public companies' board members, considering a time span of twenty years. To do so, the contribution explores: whether and to what extent there is a prevalence of politicians against managers in the boards; whether and to what extent these members form a cohesive local élite; and whether and to what extent a change in the political belonging of the Municipal Council affects the structure of power. Results show that boards of local public companies are mainly composed by middle-aged, educated men, a relatively homogeneous and compact social group, although not particularly dense. Politicians represent only one third of the board members, while the remaining members are managers and professionals issued by the civil society. The analysis of the network structure allowed us to identify a «core élite» made of politicians who are in the most powerful positions in structural terms, and who mainly work in the transport mobility sector, pushing the development of the city in that direction. Finally, the diachronic analysis highlighted that the advent of the left-wing government, after fifteen years of right-wing governments, affected the cohesion of the past networks, resulting in a major fragmentation of the network structure. 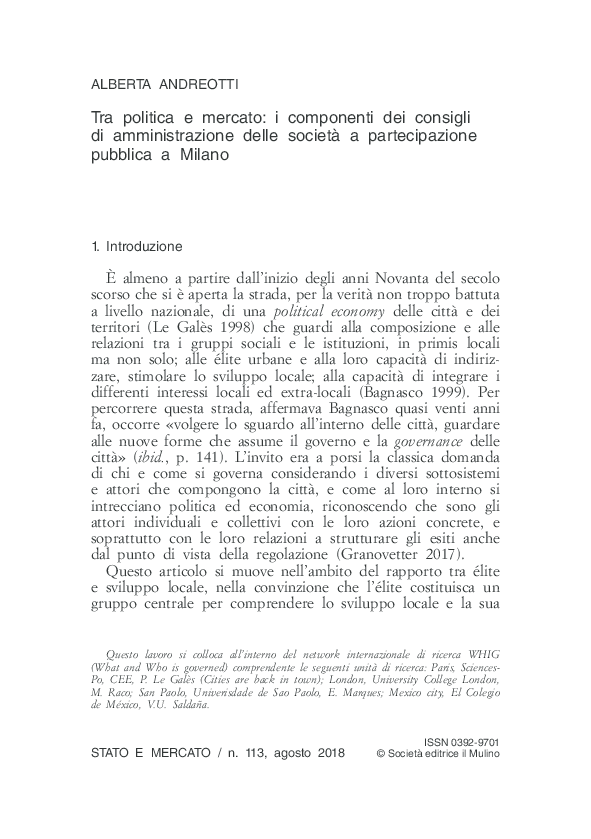