Extensive international literature proved the important roles that humanoid and social robots can play in enhancing emotional, intellectual and social skills in people with autism spectrum disorder. The present study opens a new line of research in the international literature. In fact, it deals with the interaction between children with autism and non-humanoid and non-social robots; furthermore, the robot is not used for therapeutic but for cognitive purposes, as a tool to understand if, and under what conditions, the participants involved are able to attribute intentionality and mental states to inanimate objects. The presented study has a pilot and exploratory nature and involves qualitative observations of the motor and verbal behaviour of three participants with autism observing the behaviour of a non-humanoid and non-social robot programmed to avoid obstacles. The experiment was audio and video recorded by two cameras. The results described here, deriving from a qualitative analysis, suggest that the participants were able to attribute intentionality to the robot and provide ideas for future in-depth analysis. 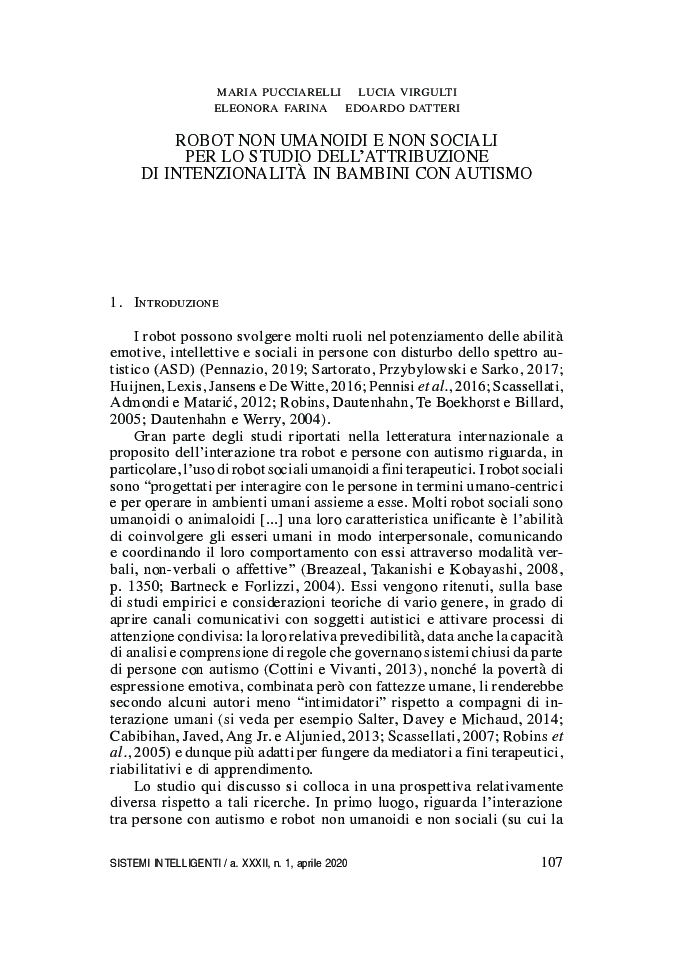