The two “GioDi – Gioco per la Disabilità [Play for disability]µ projects aimed at investigating the role of contextual factors, as toys and adult play partners, in supporting play for the sake of play for children with physical and/or intellectual disabilities. To this purpose, the children’s disposition to play was measured through the construct of playfulness. GioDi-1 involved six children with Cerebral Palsy and showed that mainstream robotic toys could support playfulness, together with a general environmental supportiveness to overcome barriers to participation in play. GioDi-2 involved ten children with intellectual and/or physical disabilities and showed that toys and adult play partners had specific and distinct roles: the correlation between children’s playfulness and toy supportiveness remained significant even controlling the adult’s supportiveness, and vice versa. Moreover, no significant differences in playfulness emerged comparing traditional and robotic toys. Implications for training of adults to support play for the sake of play in children with disabilities were discussed. 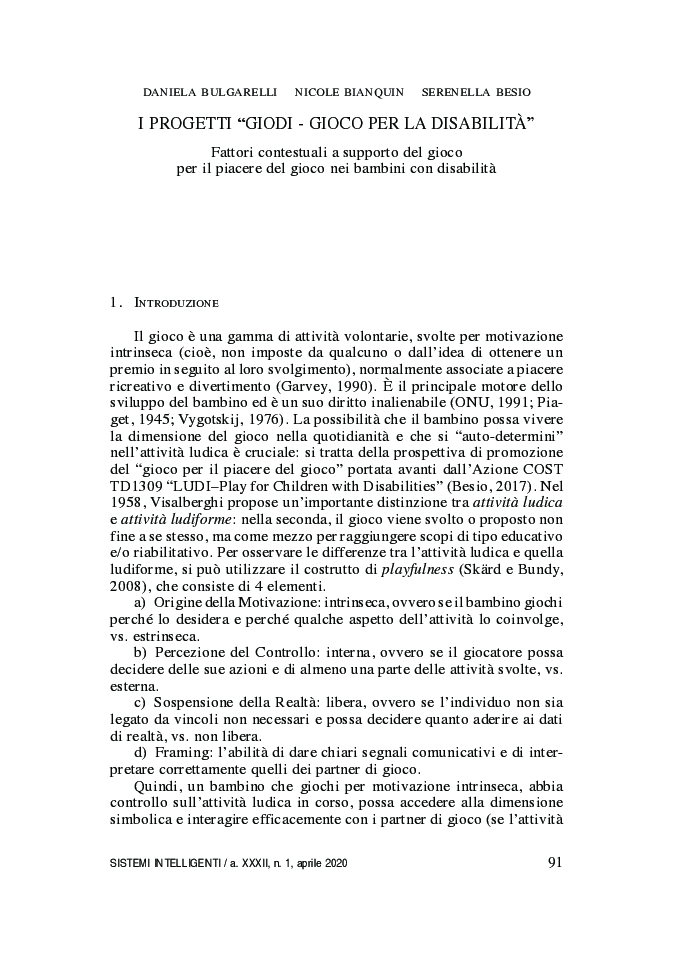