A quite radical way to look at psychiatry has been recently proposed by Dominic Murphy, who boldly defends a «strong medical model», seeing psychiatry as a branch of cognitive neuroscience. In the present paper, we overview and discuss Murphy's proposal focusing on three different but related theses. First, the claim that a mental disorder must be identified with a pathological process that takes place in the brain and can be eventually individuated with the methodology of cognitive neuroscience. Second, the assertion that psychiatric explanation must be regarded as causal and multilevel: it should eventually aim at discovering what are the underlying mechanisms of mental disorders, but also acknowledge that these mechanisms can be located at different levels, none of which is privileged. Third, the critique to the most relevant nosology of mental disorders, that of DSM-5, which is merely descriptive and classifies mental disorders according to their signs and symptoms. 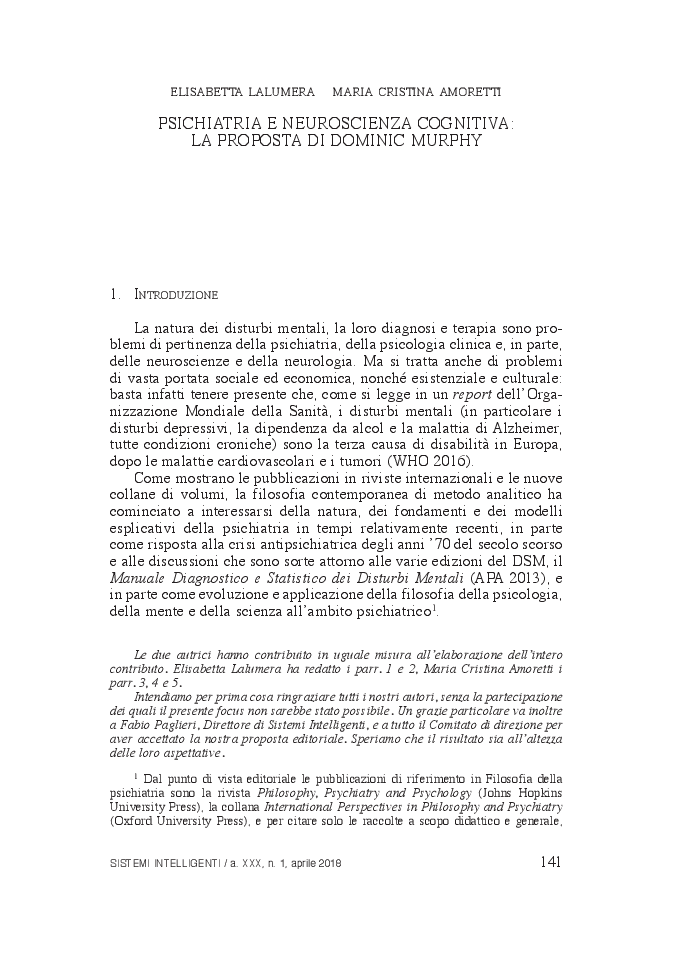