The ability to accurately anticipate and predict future actions and their effects is crucial in everyday life. A useful way to study this ability is to observe adaptations in one's behavior as a function of the behavior that follows. If an action differs depending on the forthcoming action, then the anticipatory effect can be said to reflect prospective sensorimotor control (Ansuini et al. 2015; Rosenbaum et al. 2012). A clear demonstration of prospective sensorimotor control is provided by the grasp height effect, i.e., the tendency to reach and grasp objects at a height that is inversely related to the height of the target location (Cohen and Rosenbaum 2004; Rosenbaum et al. 2012). In the present study, we used the grasp height effect to investigate prospective sensorimotor control in children with Autism Spectrum Disorder (ASD) without intellectual impairment and in typically developing children between 7 and 13 years of age. Participants were asked to grasp a vertical cylinder and move it from a table (home position) to a shelf of varying height (target position). They performed the task using only one hand (unimanual task), two hands (bimanual task), or with the help of a co-actor (joint task). Interestingly, the analyses did not reveal significant differences when comparing grasp height effect in children with ASD and in typically developing children. We found, however, a significant influence of intellectual abilities on grasp height modulation in both groups. These findings challenge the hypothesis of a general prospective sensorimotor planning deficit in autism, and suggest that not all motor processes are impaired in autistic individuals without intellectual impairments. 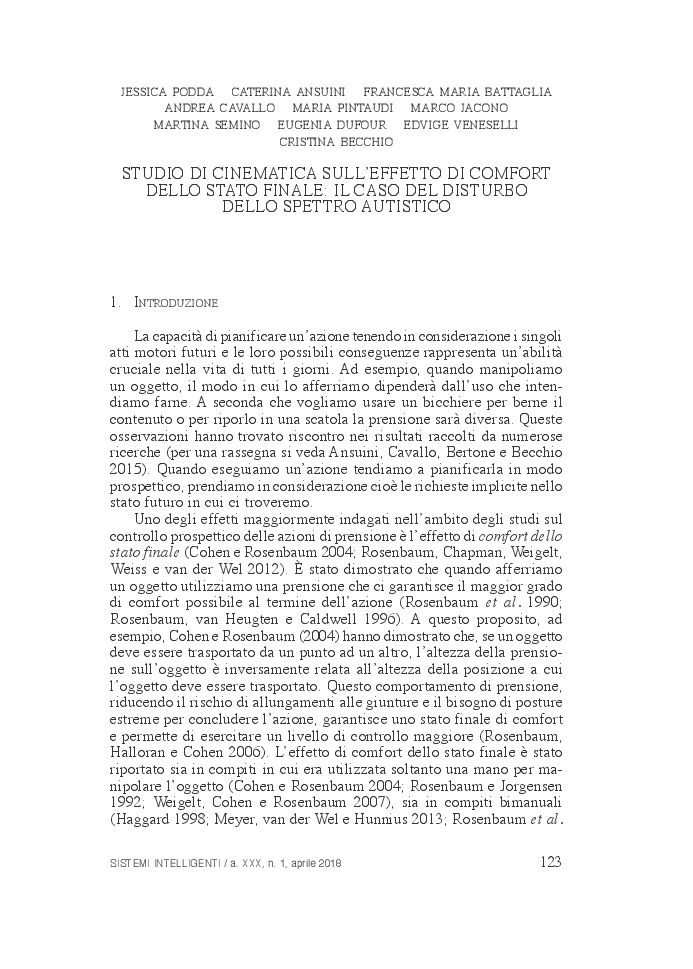