This article deals with the reconstruction of the musical activities promoted by the Neapolitan archconfraternity of the Sette Dolori that was carried out on the basis of records contained in the accounting books and statutes preserved in the institution's archives. These documented the annual performances of oratorios on the theme of Our Lady of Sorrows' Day and the pieces for Palm Sunday, for the anniversary of dead brothers, for the second Sunday of each month and for other important occasions. They also included musics composed by prestigious chapel masters from the Neapolitan area such as Fabrizio Granatela, Filippo Coppola, Cataldo Amodei, Gennaro Ursino, Giuseppe Vignola, Francesco Mancini, Giuliano Perugini, Domenico de Benedetto, Pietro Scarlatti, Domenico Sarro, Filippo Falconi, Nicola Fago, Giuseppe de Bottis, Nicola Porpora, Alessandro Scarlatti, Pietro Auletta, Giuseppe Benevento, Antonio Corbisieri, Carmine Pelliccia, Vincenzo Orgitano. In some cases, the vocal and instrumental ensembles were also indicated, as well as the names of the instrumentalists and singers commissioned each time, except for the period between 1746 and 1748 that registered the presence of a regular ensemble. Furthermore, the records reveal the names of some organ-builders and harpsichord-builders who sold or rented their instruments to the Congregation, and of some noble benefactors or brothers who financed the musical performances. This information is mostly unknown to the present day and it can further integrate the biography and catalogue of work of some of the above mentioned composers. No evidence was found as regards the attribution of Stabat Mater to Alessandro Scarlatti and Giovanni Battista Pergolesi, for which the Confraternity was traditionally known. 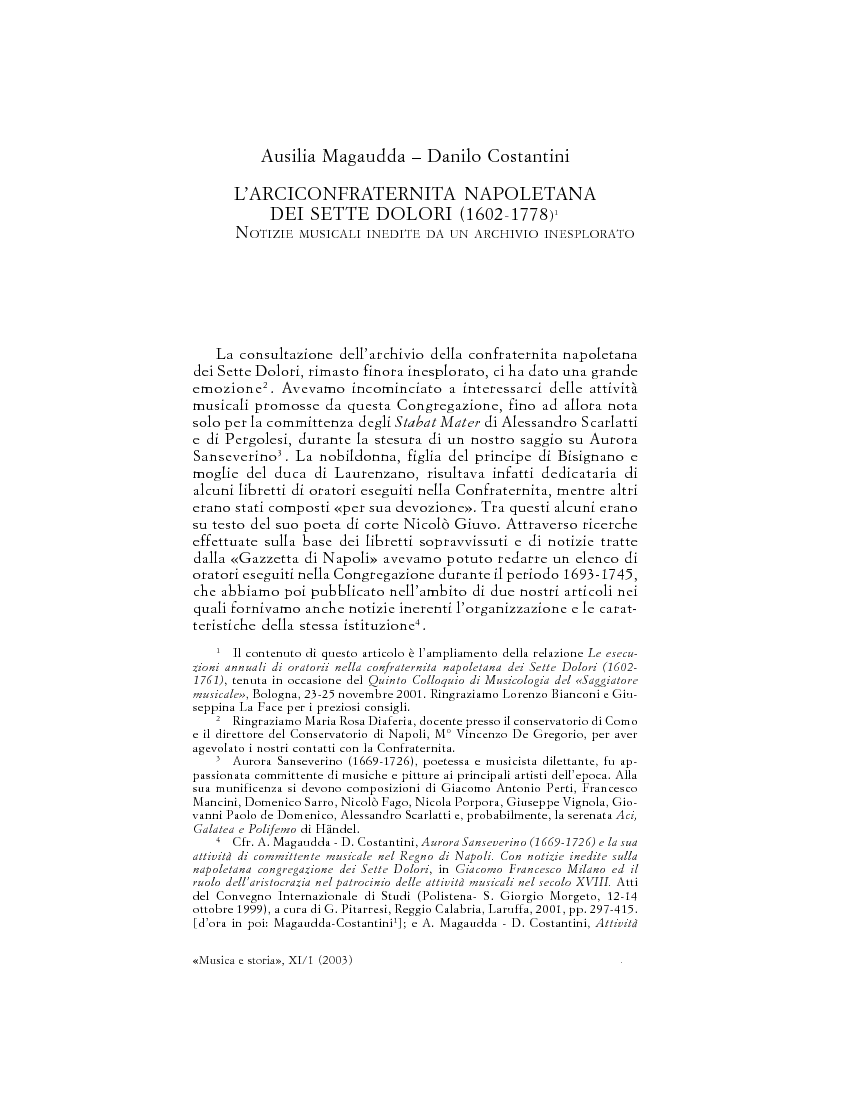