Transparency is increasingly referred to by national and international institutions. It is commonly regarded as a desirable value, or principle of law, which must be respected by both public authorities and private parties, especially those that may exercise significant powers. However, a closer look reveals not only that the term «transparency» has different meanings, especially indifferent field so flaw, but also that, from a legal point of view, it works in different ways. First, transparency can be regarded both as an intrinsic value and instrumentally, that is to say as a means to another end or goal. Second, for all its importance, sometimes transparency must be limited, in order to protect other individual or collective interests. For all these reasons, transparency is more problematic than it may look at first sight. 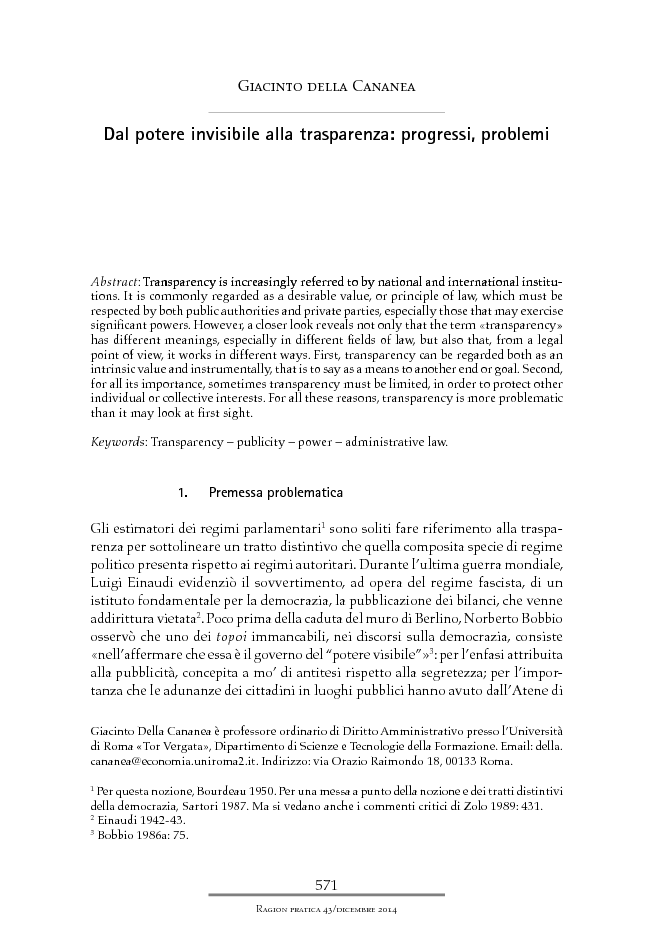