In one of Oliver Sacks’ last book, as the title itself shows (The River of Consciousness, 2017), the consciousness is the central issue. After a reference to William James’ idea of consciousness as a stream, Sacks believes that the most appropriate metaphor is that of the film, a sequence of frames collected and organized by the mind in a continuous flow. However, this idea of mind and consciousness as a film is not new and already appeared in early research on the psychology of the film at the beginning of the 20th century. Furthermore, although Sacks has repeatedly stated that his research model was represented by the theoretical approach of the Russian neuropsychologist Aleksander Luria, he did not take into consideration Luria’s specific notion of consciousness in his historical-cultural perspective. 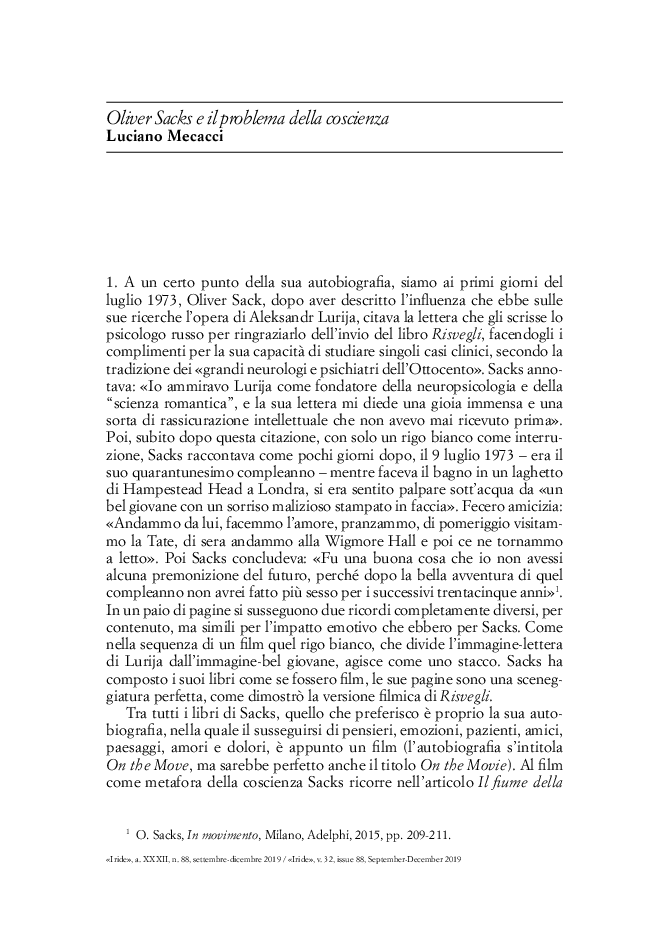