In the Republican era – in the absence of a proper conservative tradition, and with the Fascist legacy still affecting the political right –, Italian anti-communist, anti-statist and libertarian sentiments were mostly labelled as «moderate» and found a political collector above all in the Christian Democracy. Between the Fifties and Sixties, when Christian Democrats, in a governing coalition with the socialists, moved to the left, and a new radical left emerged, many movements mushroomed in Catholic milieus that claimed to represent the staunchest anti-communist and/or traditionalist shades of public opinion. None of them earned much space in the mainstream debate nor gained significant electoral consensus. Yet they contributed to laying the foundations for a new, more right-of-centre political season of the Dc in the late 1970s and early 1980s. 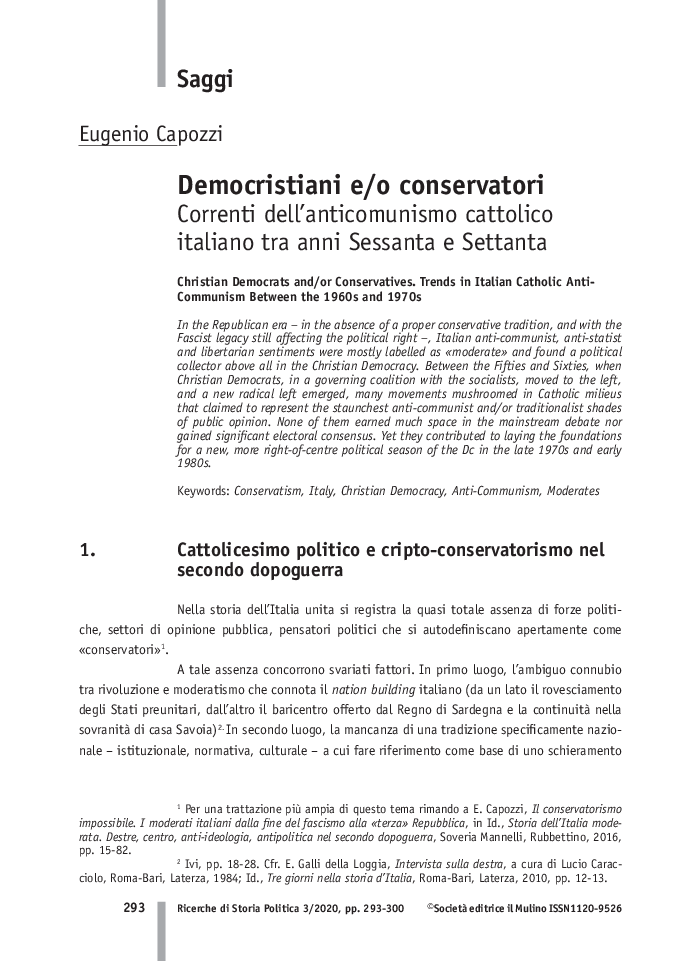