This article distances itself from a consolidated, monolithic view of the Gaullist movement as a galaxy at the complete service of the General and his action. It considers mainly the third phase of Gaullism, from de Gaulle’s return to power in 1958 until his resignation in 1969, highlighting its multi-faceted and adaptive nature. The prolonged stability that the mystique of Gaullism guaranteed to French political life was far from peaceful. It came with a price, on various levels: the internal repositioning of Gaullism, tensions between the General and his movement, the emergence of conflicts with the traditional logic of the rassemblement. This evolution makes the concept of conservatism suitable for interpreting, in particular, the historical phase of Gaullism that began in May 1968. 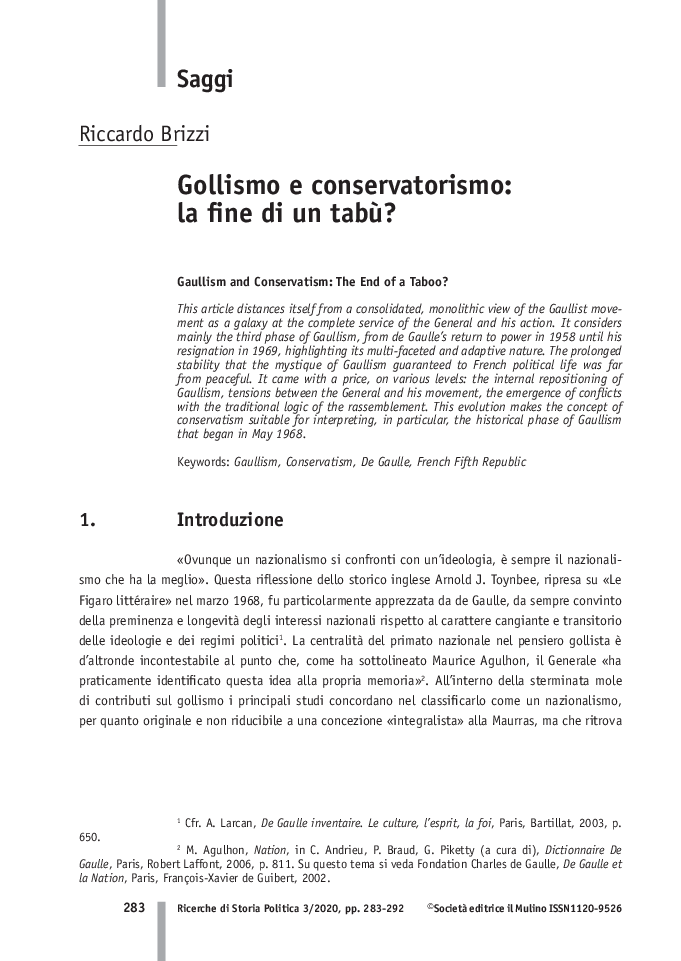