Historiography on the 1948 war (known as «Israeli independence war» or «Nakba») was divided into two mainly ideological camps since the beginning: a prevailing official Zionist narrative, based on memories and testimonies, and a minority pro-Palestinian reading. The opening of the Israeli archives in the 1980s originated the so called «post-Zionist» Israeli historiography, more attentive to Palestinian reasons and, later on, able to enter into dialogue with Palestinian historiography. In the 2000s, the post-Zionists took different paths. Younger historians widened their research field by considering different aspects of social and cultural history. Also Palestinian historiography grew up, devoting its attention to geographic and toponymic reconstruction and to the development of oral history. 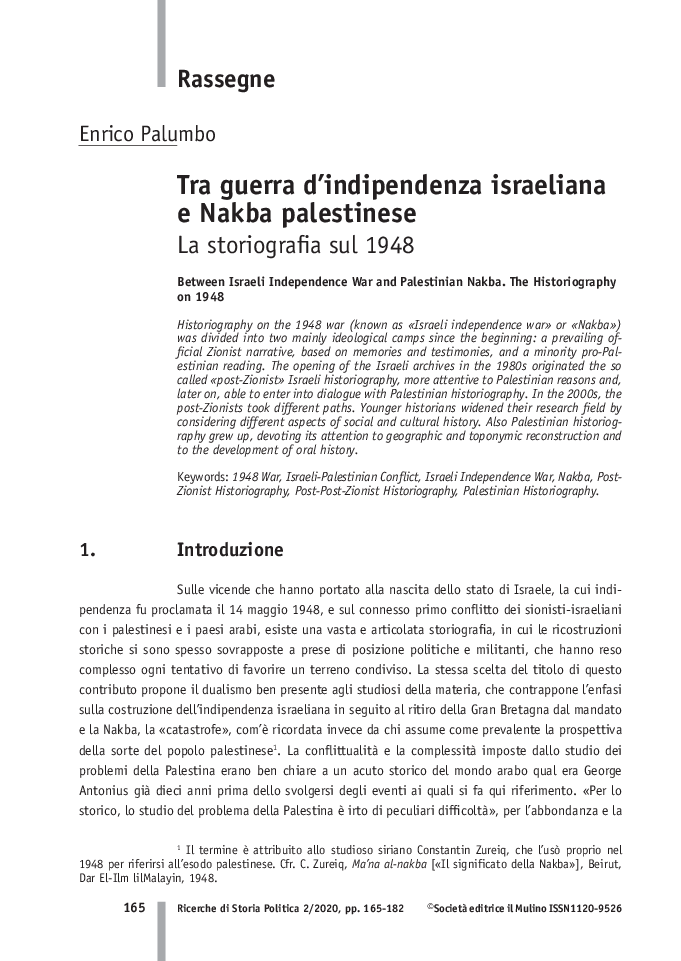