This article investigates the approach of environmental economists in Britain to sustainable development and the roots of the Green Economy in the late 1980s from an International History perspective. It focuses on the biography of David W. Pearce, whose lifelong research work broadened the scope of sustainable development theories and whose cooperation with a number of institutions all over the world inspired sustainability policies both nationally and internationally. The article looks at Pearce’s vision within the broader context of European politics and international developments. It argues that the British government’s rising concern for global environmental threats, coupled with growing international competition for leadership in facing them, gave momentum to the ideas of economists and scientists who advocated sustainable development. The role of experts in defining political agendas expanded, both within national governments and inside the UN, where the Intergovernmental Panel on Climate Change initiated new patterns of interaction between science and politics. While the Green Economy faced a certain amount of criticism and many obstacles, it largely contributed to keeping the goal of sustainable development alive in national and international politics over the following decade. 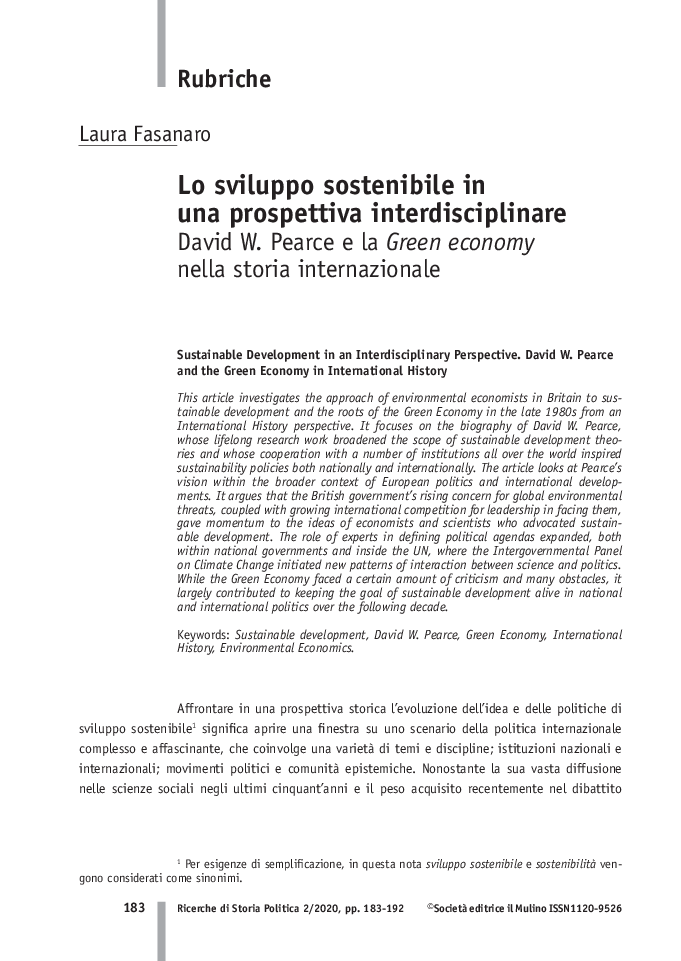