The article starts with the issue of the unity of European resistance against the Nazi occupation. It shows that the French Resistance in particular, although it shared certain features with movements in other countries, was a distinctive phenomenon. In fact, though riven by cleavages between parties and resistance networks, the communist party and the non-communist movement, domestic resistance and the Free French Forces led by de Gaulle, not only did unity greatly prevail over division but the Resistance was carried forward by its diverse components, and the influence of the Allies was limited. However, after the war neither the underground movements nor De Gaulle were able or wanted to create a party that was heir to the Resistance. Moreover, memory of the latter did not persist long in French national memory, prey as it was to instrumentalization by the Gaullists and the Communists. Only in the 1980s was the underground warfare rediscovered. 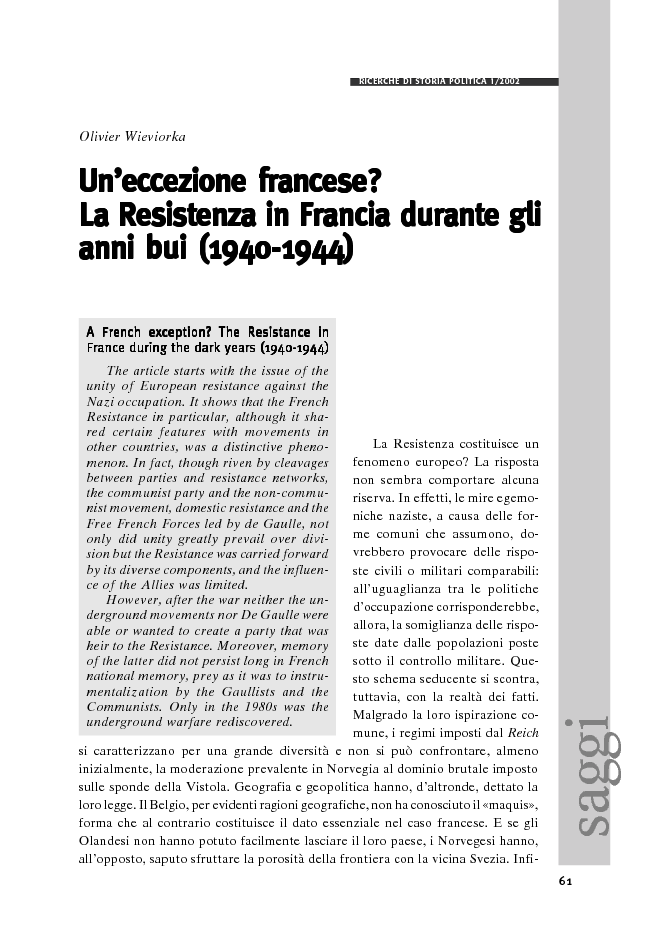