The image of Colombia is mostly associated with large-scale armed conflict and several other forms of violence which for decades have tainted almost the entire territory. The very issue of violence seems to be the key to defining and interpreting the nation’s troubled history. This is also reflected in the extensive scholarly output by Colombian authors on the causes, the timeline and the methods by which such violence has been perpetuated. This interest, however, remains confined within the country, as Colombia remains one of the areas of Latin America least studied by foreign scholars. Starting from these considerations, the work aims to provide a much-needed overview of the existing literature on violence in Colombia, including both Colombian and international authors, ranging from the 1960s to the early 2000s. 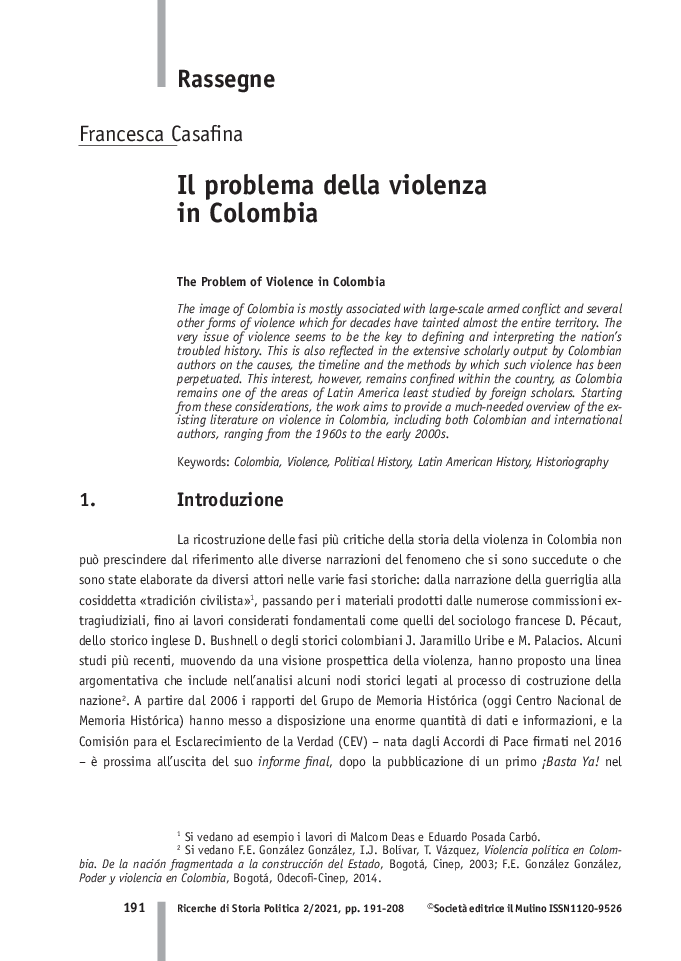