This article examines the role of Francesco Cossiga – Minister of the Interior from February 1976 to May 1978, then President of the Council from August 1979 to September 1980 – in organizing the Italian State’s reaction to the terrorist challenge. Covering reforms to security forces and criminal policy, the article examines the link between the political rise of Francesco Cossiga and his ability to relate to the media, using them to put across the image of a young and competent politician, self-confident and always ready to joke. The evolution of this peculiar form of leadership is followed by his first days as Minister of Interior, through the kidnapping of Aldo Moro, to the experience of Francesco Cossiga as President of the Council. 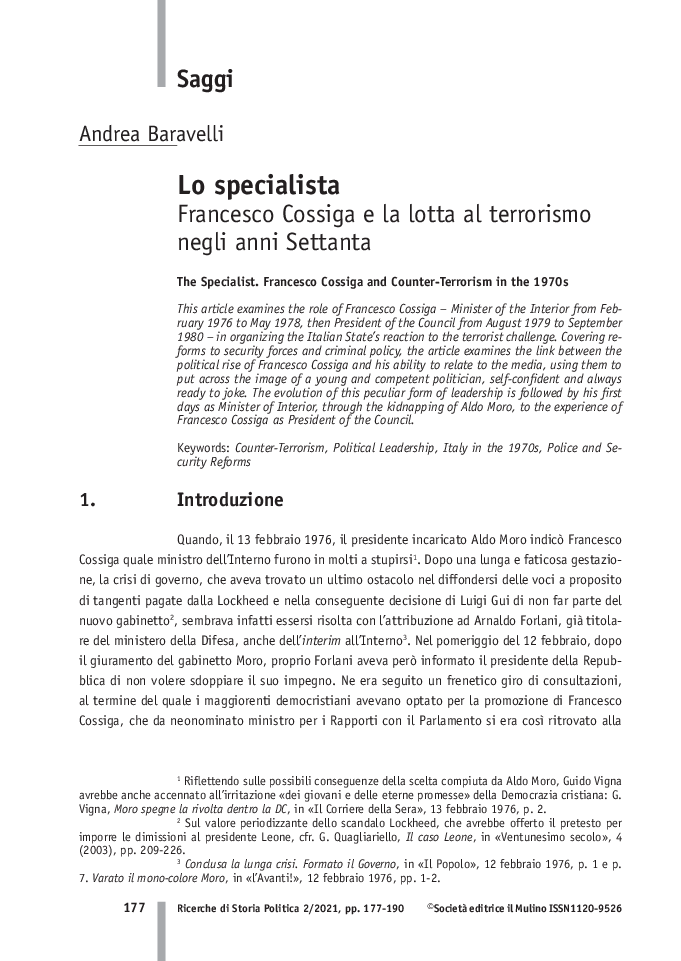