Proposing a transnational and comparative approach, this contribution analyzes (especially for Great Britain and Sardinian/Italian kingdom) how the public use of the memory of the Crimean War was projected on the XIX th century society thanks to the mediatic and symbolic involvement of the state, the army and the public opinion. The conflict had profound political and memorial repercussions, with consequences on the side of cultural history, national identities, collective imaginaries. New forms of patriotism were generated around the memory of the war; in particular, overcoming the traditional celebration of national heroes, practiced but weakened in the course of the conflict, the politics of memory saw – especially in Great Britain and Russia – the spread of a true cult for the suffering and sacrifice of ordinary soldiers (of whom the first associations of veterans were the guardians), accompanied by attempts at army reforms. The uniqueness of the conflict lay in the updated interpretation of the codes of honor and in the political reinterpretation of military defeats into founding events of the modern nation (the Charge of the Light Brigade, the resistance of Sevastopol, the human price paid by armies to epidemics) that forged new languages and representations of national identities together with the recognition of non-elite subjects as worthy of commendation and collective tribute. 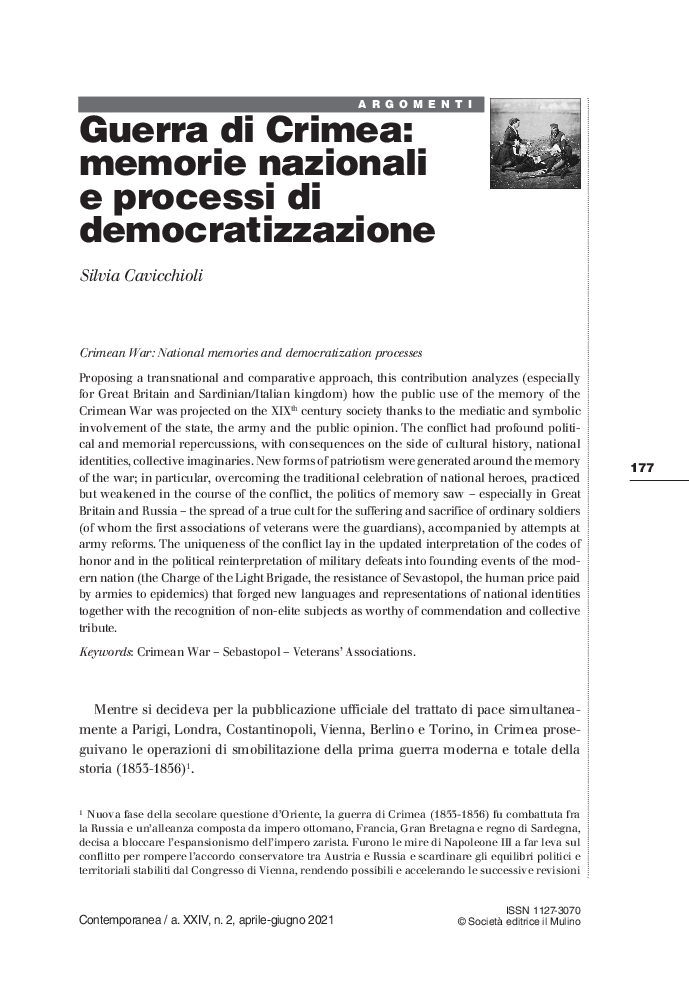