Understanding the legacy of patronage is a key issue for following developments in the relationship between state and church in Mexico in the 19th century and understanding the problems that arose around the reorganization of the Mexican church in the aftermath of independence. With the end of the patronage exercised by the Spanish sovereigns, new scenarios opened up for the young Latin American national states. In the Mexican case, analysed by the essay, the government’s claims clashed with the claims and fears of the Holy See. Analysing this dialectic through the documents helps us shed light on the reasons that would have increased the tensions between state and church in Mexico in the short, medium and long term, culminating in the fracture of 1859 and in the affirmation of the secular state that would later play a crucial role in the contemporary history of the country. The role of the apostolic delegate, Msgr. Luigi Clementi, and the concerns of the Roman Curia towards the liberals were in this sense crucial in accentuating the frictions and divergences between the state and the church in Mexico, helping to bring about a radical change in their relationship. 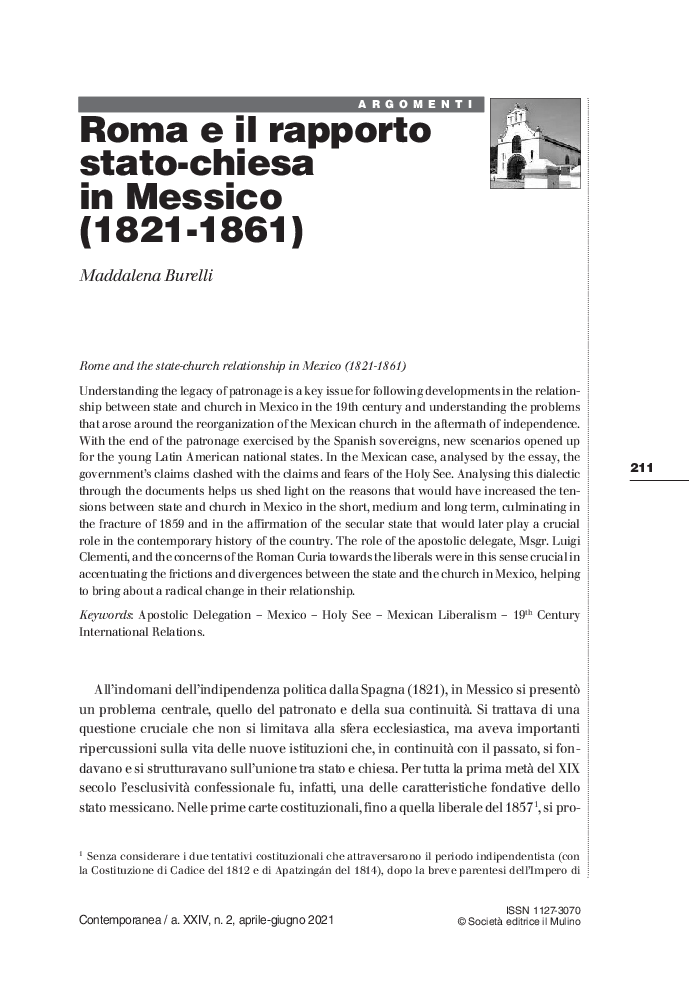