The essay wishes to analyze the anti-German riots of Milan, which took place on 26-29 May 1915 after the Italian declaration of war to the Austro-Hungarian Empire. During the riots, the crowd destroyed many German economic activities and private houses, but involved many Austrian and Swiss citizens too. After an analysis of the context in which popular xenophobia grew thanks to the nationalist and interventionist propaganda, the essay wants to focus primarily on the behavior of the local authorities. During the riots, indeed, the local authorities showed both their involvement in violence and their weakness. Sharing the same anti-German feelings of the crowd, they did not contain the popular violence and only the intervention of military authorities could stop the riots. Moreover, the essay analyzes the reactions of local press and of some witnesses as Luigi Albertini and Benito Mussolini as well. After riots, the nationalist and interventionist press emphasized the patriotic purpose of the crowd and justified the popular violence. In particular, Benito Mussolini was very enthusiastic about violence. The essay includes also four significant documents of those events, concerning the description of the riots (n. 1), the behavior of the police (n. 2), difficulty to estimate the damages (n. 3) and finally a letter from Benito Mussolini to Giovanni Papini about the riots (n. 4). 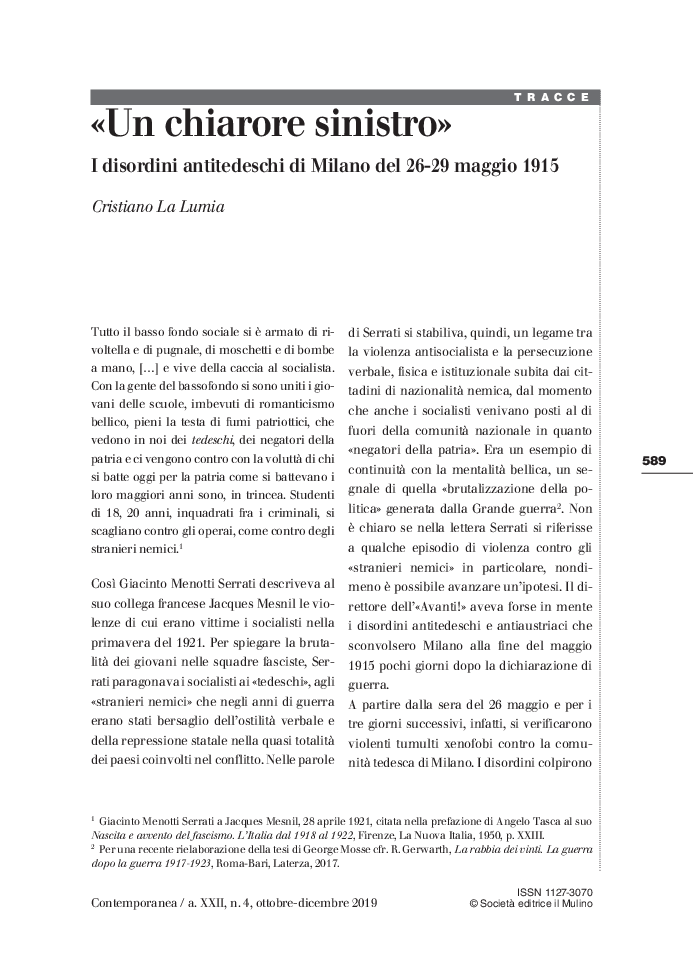