This article investigates the process of Yugoslav state- and nation-building in the multilinguistic rural region of Istria, in the aftermath of the Second World War, in a context of international instability and uncertainty of the new Italian-Yugoslav borders. I analyse the dynamics of local identification in the light of the pathbreaking perspective of «national indifference», by questioning the nationalist narratives which emphasize the clash between rigid and well-defined identities, the «Italian» and «Slavic» ones, without denying the crucial importance of nationalism. As emerges from the Yugoslav documentation, social and political actors followed a variety of flexible strategies and practices, subjected to continuous redefinitions, in which the possibility of national identification was often only a tool to reach specific and contingent goals. The result was a non-linear path of affirmation of the new Communist authorities, in which the changing and contradictory relations between local, national and international elements played a decisive role. 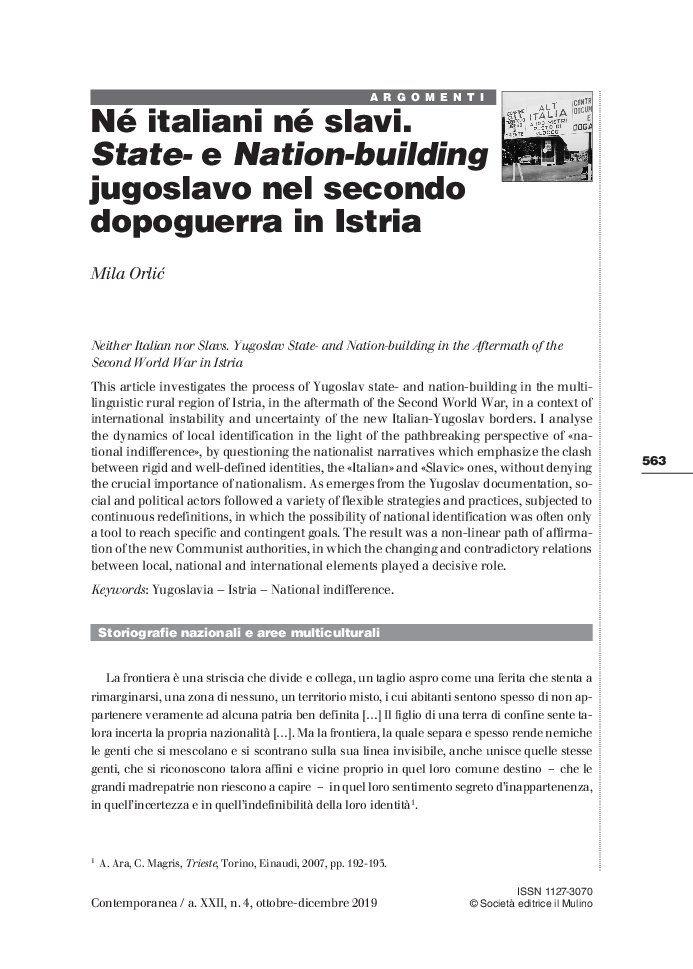