This article aims to explore how Fascism and, in particular, Corporatism was investigated by some circles of the British intelligentsia and received by intellectuals outside Italy during the 1930s. In so doing, it takes as a case study two lectures, entitled "The Corporate State" and "The Italian Corporate State", by Harold E. Goad - British lecturer in Italian at the Ucl and subsequently director of the British Institute of Florence during the 1920s and the 1930s. Goad's lectures on Italian economic theories, previously undiscussed, allow us to explore his views on Corporatism, including his proposal for extending the internal politics of Fascist Italy to the field of international foreign affairs. An exploration of these primary sources is significant in two respects. Firstly, such an investigation assists an analysis of how and why intellectuals from outside Italy gradually became supporters of Fascist doctrines and politics. Secondly, it illustrates multidimensional aspects of Fascism's transnational impact. Therefore, by exploring Goad's political philosophy through his previously unknown lectures, this research offers an original contribution to the fields of Fascism and transnational studies, Anglo-Italian intellectual history, and Anglo-Italian cultural and political history during the interwar period. 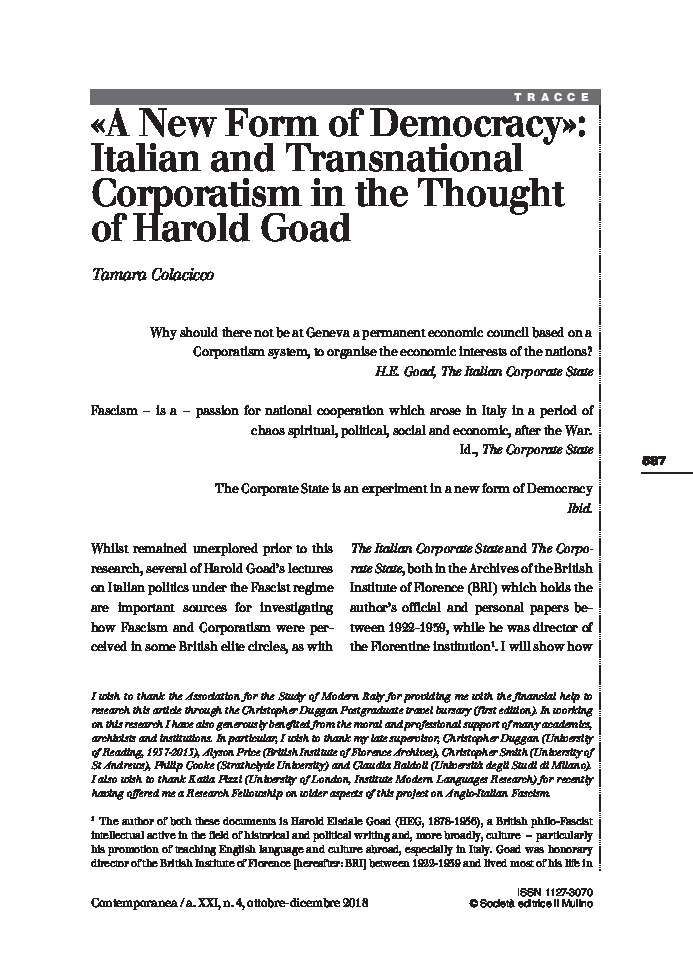