Art looting in Italy started after September 1943, relatively late compared with other European countries. The remaining status of allied country had some significant consequences: German commands did not develop systematic plans of despoliation of the cultural heritage, nevertheless several Wehrmacht units pillaged repositories, churches and other sites of artistic interest. The contribution focuses on the main phases of the restitution process, according attention to institutional strategies and to the involvement of various agencies in the practices of claim and recovery. At a first stage, before the end of the war, Allied officers and Italian «Belle arti» officials conducted initial surveys of losses, developing first recovery plans. The first wave of restitution took place in 1945, characterized by the central role of Monuments & Fine Arts Subcommission. A second phase, from 1946 to 1949, was marked by the activities of Rodolfo Siviero's «Ufficio», after «Missione per le restituzioni»; this agency was in fact only a part of a complex network, composed of Italian Foreign Office, Ministry of Education, and Allied offices. The Italian government payed specific attention to the recovery of a group of artworks which had been legally or illegally exported to Germany since the Thirties, or donated to the Reich by Fascist chiefs. In this case, Italian claims for restitution generated complex negotiations and controversies with Allied and German counterparts. 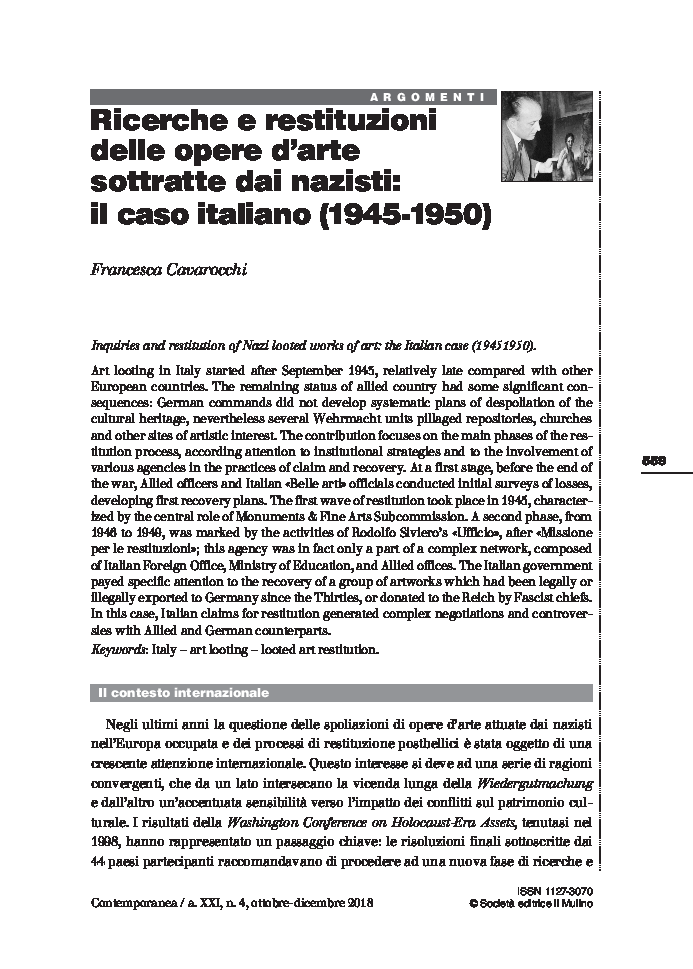