Hand in hand with the modernisation process, the institutionalisation of eugenics in Greece was accomplished by the establishment of the Hellenic Eugenics Society in 1953. Engaging with the history of post-war Greek eugenics, this paper analyses the circumstances under which eugenics emanated from the international birth control movement. The article reveals the untold history of the network among Greek, British and American eugenicists during the period from the Fifties to the Seventies. By focusing on the activities of the Hellenic Eugenics Society, the local interpretation of global issues, such as contraception, overpopulation and feminism is explored. Unlike the interwar period, when eugenicists focused on biologically and socially improving the race or class, post-war eugenicists aimed at influencing personal decision-making regarding marriage and reproduction. The Greek eugenicists, most of them renowned physicians, used their prestige to achieve this goal. 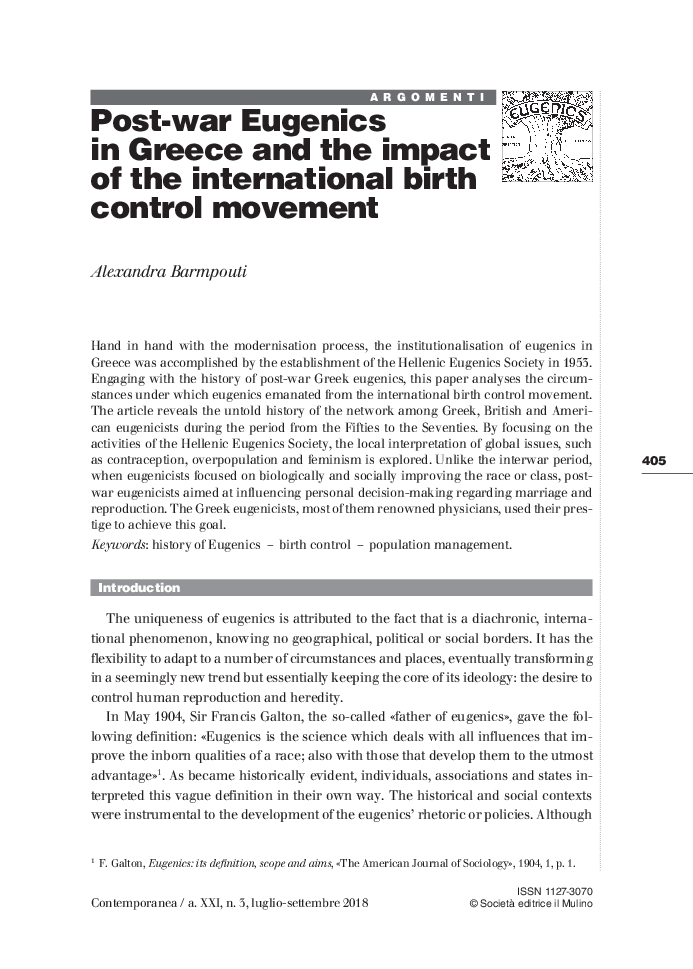