By drawing in an interdisciplinary fashion on a variety of different sources (some of them archives only recently made available to the public), the essay examines the way children of Italian women and non-white Allied soldiers born in Italy during WWII and in its immediate aftermath were racialized and treated in the postwar years. It shows significant continuities between pre- and postwar ideas about race and «racial hybrids» in various segments of the Italian population and argues that these children were considered a «problem» in spite of their small numbers (rather as happened in Germany and Great Britain in the same years). Because of their origin in «illegitimate» relations, either consensual or forced, and because of the color of their skin, they often encountered hostility and contempt and were seen as not really belonging in the national community even though they were almost always Italian citizens in virtue of ius soli. The Italian case, however, has its own specificity, namely the extent to which prominent figures of the Catholic world, at times former supporters of fascism, were involved in trying to «solve» this socalled «problem». The vicissitudes of these children show the need to further investigate the history of racism in the Italian democratic Republic. 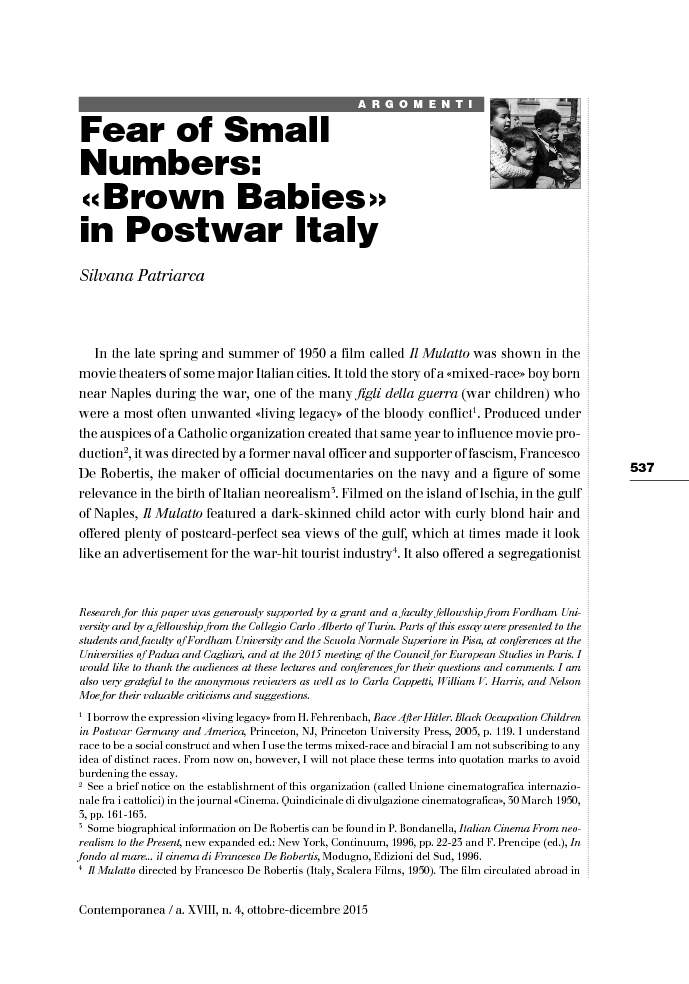